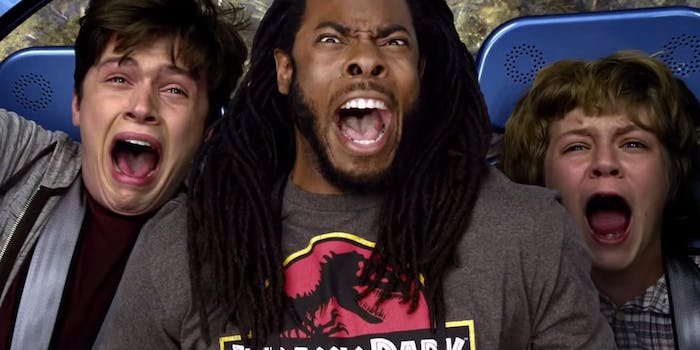 Chris Pratt isn't the only one who doesn't think the park is a good idea.

So who exactly thought it was a good idea to create a theme park with dinosaurs? Not Seattle Seahawks running back Richard Sherman.

In a Jurassic World promo for ESPN, Sherman guides us through the film from the perspective of almost every minor character. Sure, his coach might like his selfies with the dinosaurs, but Chris Pratt isn’t the only one who doesn’t see the appeal in creating an even bigger dinosaur as an attraction.

Sherman’s acting skills are pretty impressive, but he’s also willing to learn from the best: Pratt.

@prattprattpratt lol just doing what I can! Need a few lessons from you