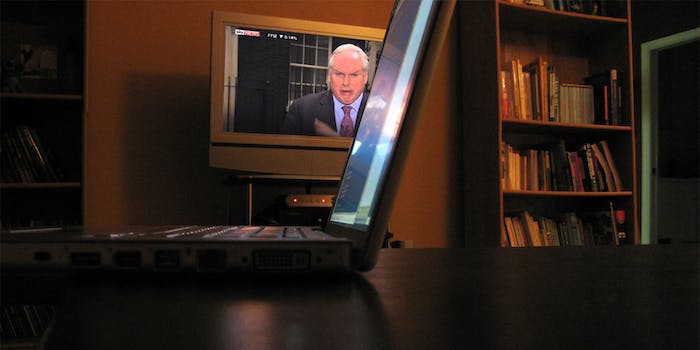 We’ve all had the wretched experience of accidentally ingesting a small insect, though in most cases, there isn’t a camera present to capture the grimace that conveys our discomfort, disgust, and disbelief all at once. Not so for Adam Boulton of Sky News.

A shake-up in U.K. Prime Minister David Cameron’s cabinet would probably be exciting enough, but an incident like this multiplies the drama tenfold. Despite the various indications that he’s about ready to hurl or faint, Boulton soldiers on. What a pro.

It’s going to take a few lagers to wash that taste out of his mouth, we’re sure.

H/T Death and Taxes | Photo by stickwithjosh/Flickr (CC By 2.0) | Remix by fern