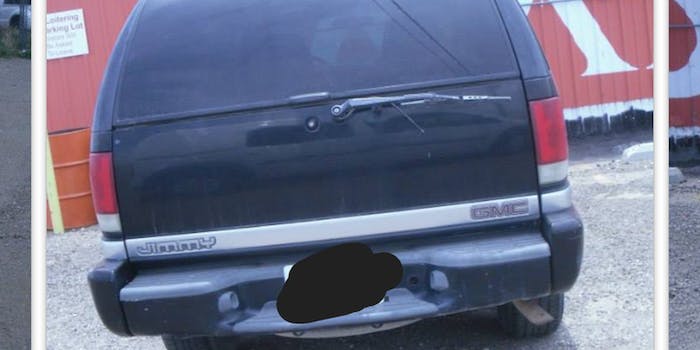 In some cases, the Texas-based religious group Repent Amarillo will call their targets' bosses to report their unsavory activities.

On a Reddit page discussing the group’s actions, Repent Amarillo’s name is hidden so as not to give them more publicity. (The group’s page is linked, but if you don’t want to give them traffic, don’t click.)

Luckily, most of the commenters on Repent Amarillo’s Facebook page seem to be on the side of privacy and reason. 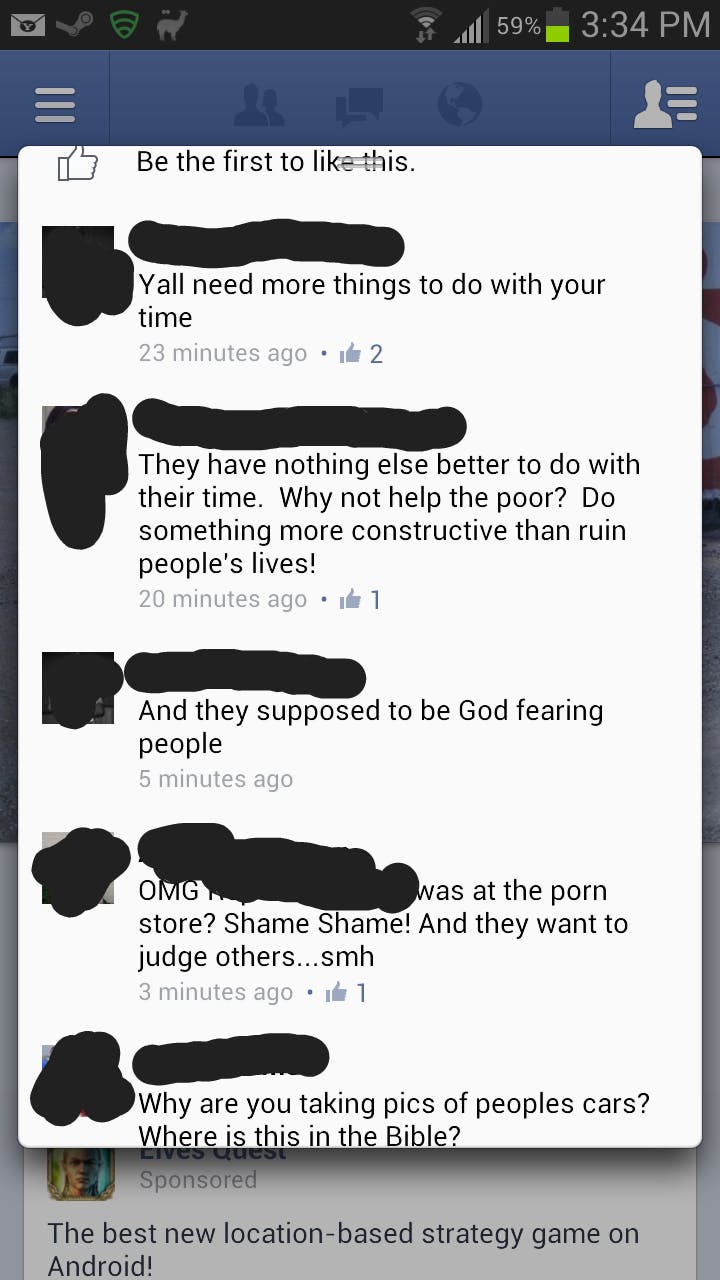 On the group’s page, its icon reads “Marriage Equality = Sin.” The “about” section describes Repent Amarillo as “a bunch of God loving, warrior praying, street preaching bond servants for the Lord Jesus Christ!” The group is calling the license plate campaign “Project 511.”

It’s been warned that it could result in legal action if found to be stalking, harassment, trespassing, or worse.

Who the hell cares if some nice Christian married couples want to buy a sex toy for their marriage beds? I think Jesus would approve.