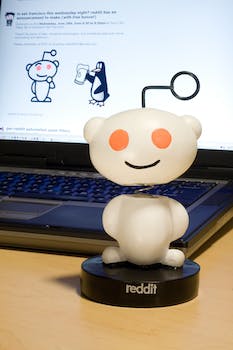 Created by a redditor, this new site can graph an enormous amount of data about your comment history—and you can also use it to check out other redditors' stats.

If you’re part of the growing legion of Internet users hooked on Reddit—more than 20 million visitors a month, at last count—you might be interested in a new website that helps visualize your Reddit addiction over time.

How often do you post? Which subreddits do you comment in most often? And, most importantly for some Redditors, where do most of your karma points come from?

These and other questions can now be answered by redditgraphs.com. The website, created by Adam Pearce—known on Reddit as 1wheel—sorts through your entire comment history and visualizes your stats on an array of graphs.

The graphs that are available for you to use include histograms, pie charts, scatter plots, and stacked charts. Holding your cursor over the results brings up additional information, such as your first time posting in the subreddit and your average karma score. Holding your cursor anywhere outside the graph displays your statistics site-wide.

And, because Reddit comments are public, you can use Redditgraphs to view that same information for any user on the site.

To test redditgraphs.com out, we at The Daily Dot looked up the data of celebrity Redditor extraordinaire Wil Wheaton. According to the results of the analysis:

According to the site, on the day he successfully broke reddit, President Obama posted a mere ten comments, all of them of course in the r/iama subreddit. He managed to achieve 19,128 karma points from his half-hour session and dedicated an average of 583.8 characters to each of his ten comments.