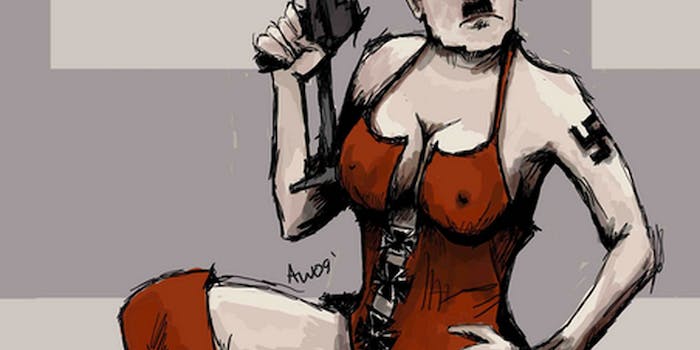 Of course there’s a subreddit devoted to Hitler with breasts

And of course it's called r/Titler.

Thanks to the Reddit subreddit r/Titler, the world now has a place where it can aggregate and rank its its favorite Führer fap photos, with images like Hitler rubbing his nipples or Hitler modeling the latest lingerie line taking pole position over all sorts of weird concepts and compromising postures.

Those three moderators did not get back to us, but we do have a few questions, if anybody has any answers.

In the meantime, here are a few of the safer shots of the sensuous Stabschef. 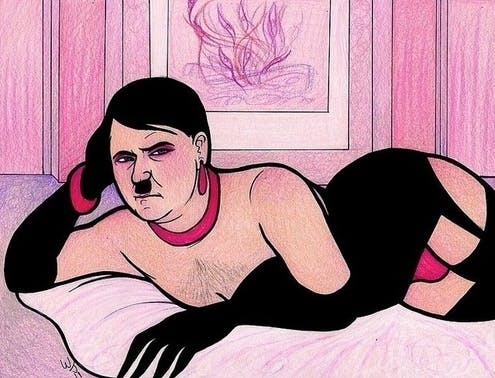 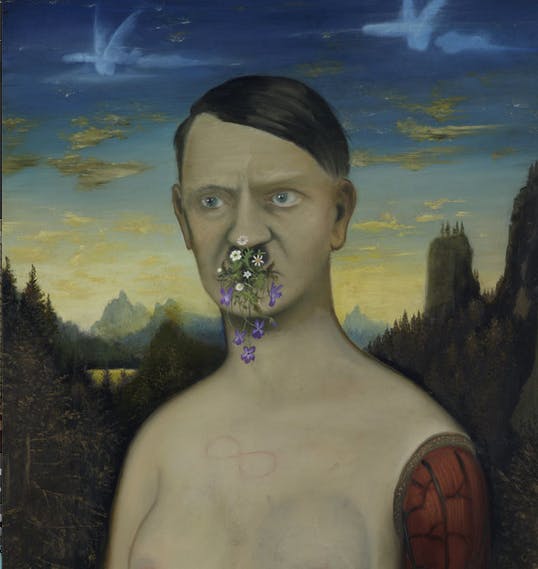 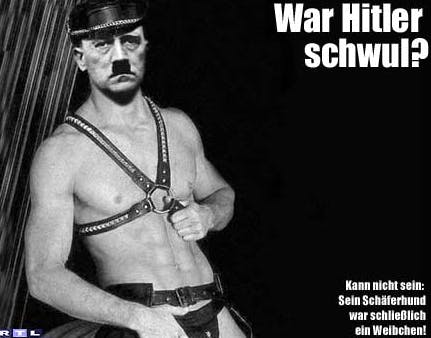 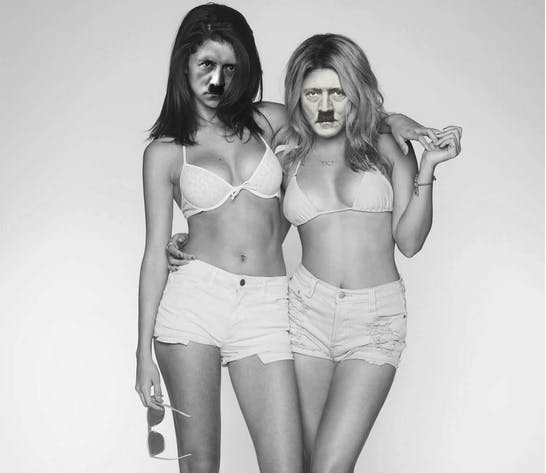 UPDATE: /r/Titler creator CurryBananas explained the origin of the subreddit in a message to the Daily Dot.

It came from watching The Producers. During the performance of “Springtime for Hitler, ” we were thinking of ways to continue to mock the man. What would Hitler’s drag name be? Titler. It was summer, and we had extra time so r/titler was born.