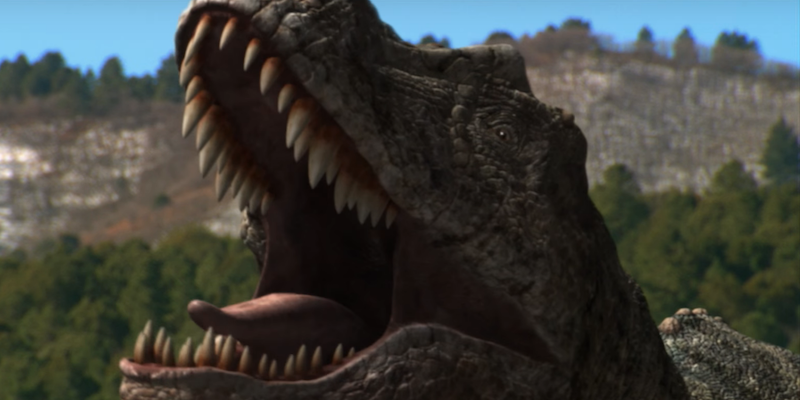 Since no human has ever heard a dinosaur, we can only guess what they might have sounded like. But relatively new evidence suggests that dinosaurs were more closely related to birds than reptiles, so maybe that’s why people thought this YouTube video of a sparrow, slowed down and lowered three octaves, might be what the giant monsters sounded like.

Birds make sounds using something called a syrinx, an organ that developed after the mass extinction event that killed dinosaurs, so this theory probably isn’t backed by science.

As it turns out, that post was actually a parody of an earlier post entitled “Dog calls lowered 3 octaves might be what dinosaurs actually sounded like. Haunting yet beautiful!” [Update: It appears the bird video was first on Reddit and the dog video followed after.]

Which again was based on a video that, despite being called “Beaglesaurus,” claimed nothing of the sort.

Or “Yoko Ono calls lowered 3 octaves might be what Yoko Ono dinosaurs actually sounded like. Haunting yet beautiful!“

To add to the fun, every time a new post is made, someone comments, “It sounds very primal. Hearing that out in the woods would definitely send chills down my spine.”

All of this is very amusing, but still leaves us with the question: What did dinosaurs actually sound like?

Since they probably didn’t sound like birds, and they lacked a larynx like humans and crocodiles, it’s hard to say. They did have nasal cavities that contacted to their mouths and skulls, which would have created resonance chambers, so they probably did make sounds of some sort, although we might never know for sure exactly what they were. No doubt they were haunting, yet beautiful.