Turns out three is definitely a crowd. 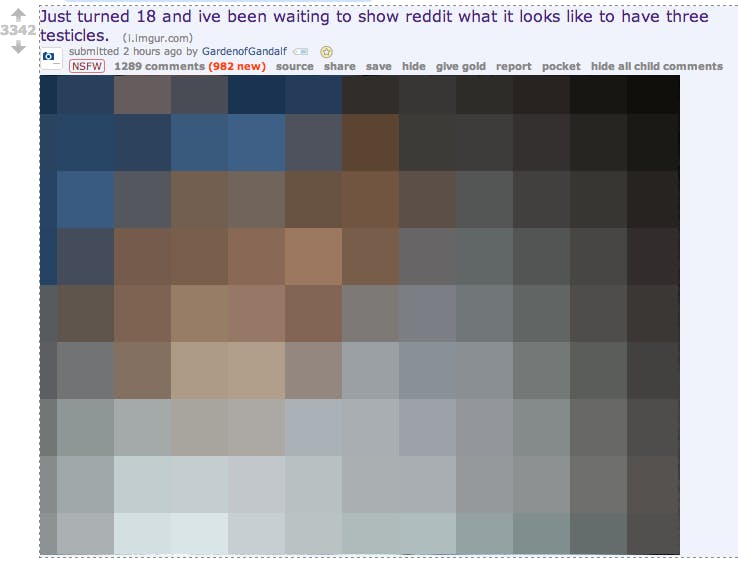 Reddit user GardenofGandalf posted a photo (NSFW) of his triple-barrel ballsack, joining Double Dick Dude and No Butt Guy in the Reddit Pantheon of People With Weird Junk. Although it wasn’t a Reddit AMA, the man of many cojones answered questions about what it was like to grow up with a third testicle.

“Technically I do not know which one is the ‘extra testicle,’” he wrote.

He also does not know if he has extra-high sperm count. He did confirm that they sometimes get tangled up.

He also admitted to having a favorite: The one on his right side.

Reddit users love a good freak show, but this man was genuinely excited to show his bonus ball on the website for a reason: When someone is brave enough to share their weird medical condition with the crowd, the response is generally positive. Since users go by handles and don’t have to reveal their identities, it’s a safer place to share stuff like this than, say, Facebook.

At this point, however, the next person to unveil a bizarre medical condition will have to have something truly outrageous, like 19 nipples or a vagina with perfect pitch.