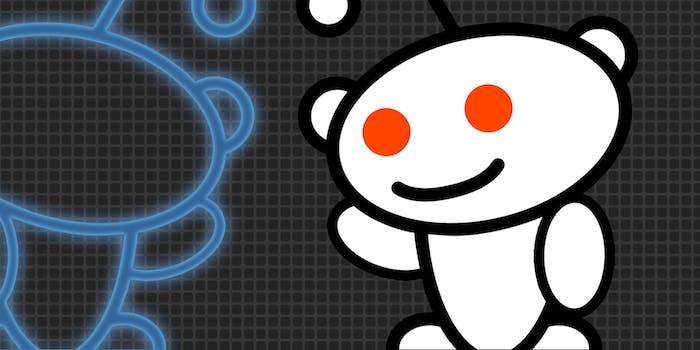 Who doesn't love the future?

While Reddit’s largest technology forum continues to pick up the pieces following intense moderator drama that resulted in it getting booted from the “front page of the Internet,” a newer subreddit is taking its place.

Reddit’s r/futurology, a two-year-old subreddit “devoted to the field of Future(s) Studies and speculation about the development of humanity, technology, and civilization,” will become Reddit’s 25th default subreddit, according to the community’s moderator. The alleged change is likely to result in a flurry of new users for r/futurology.

Default subreddit’s are determined by Reddit administrators and are the initial forums each new user is subscribed to when they sign up. Links submitted to these subreddits have a chance of reaching Reddit’s front page, which collected more than 114 million unique visitors last month.

The r/futurology community was pegged for this coveted position Friday, the same day Reddit administrators confirmed to the Daily Dot that r/technology had been demoted.

The problems at r/technology began a week ago, when two Reddit sleuths discovered a list of 50 terms banned from r/technology post headlines. Posts containing the words “NSA,” “net neutrality,” “Comcast,” “Bitcoin,” and dozens others were immediately filtered out by an automated bot.

One r/technology moderator claimed the list was the only way to prevent spamming, as the community only had about 10 moderators to police more than 5 million subscribers. (In comparison, r/futurology has 28 mods to handle 163,000 people.) Other redditors called the list an act of “censorship.” An intense power struggle commenced, with redditor maxwellhill granting his friends moderator privileges and removing others who had tried to change the status quo at r/technology.

In light of all this drama, r/futurology creator and top moderator Xenophon1 explained his forums moderator culture and how decisions are made.

“We are a tight-knit meta-mind,” Xenophon1 wrote on Friday in a thread asking for moderator applications. “We make decisions at all times on a collaborative and collective basis. No single mod can act arbitrarily and thusly, we maintain a system of integrity, transparency, and equality.”

In the past, we voted on every single deletion and ban. However, after hitting a 100k subscribers we have reluctantly had to switch to more austere methods. We only do auto-deletion at the comment level, with the exception of banned domains. For any major decisions or unclear judgements, our moderators take a vote within our mod mail to weigh in on the decision making process. We have a devoted subreddit, /r/FuturologyModerators to extend our conversations and plans for the future(s).

A look through r/futurology’s all time top posts reveals something very interesting. Eight of the top 10 posts are “Science Summary of The Week” infographics expertly created by redditor sourcecode12. As the name indicates, each image has a breakdown of the top science-related news for the week.

“Favorite time of the week on Reddit,” reallyjay commented. “Lazy Sunday morning, now I drink my coffee and read up on all these great happenings for the next hour or so.” The second most popular r/futurology post is a discussion thread regarding the ban of “Tesla” in any headlines on r/technology. This three-month ban was discovered in late March, shortly before last week’s drama.

Despite the drama, there seems to be no bad blood between r/technology and r/futurology.

“R/futurology is a great subreddit and I’m glad that it is becoming a default,” r/technology mod pharnaces told the Daily Dot. “I don’t see /r/technology and /r/futurology as mutually exclusive subreddits, though, so I will keep working towards getting r/technology set back as a default.”

It is not yet clear when r/futurology will assume its new place among the 25 default subreddits, as that requires action from Reddit’s administrators.

We have reached out to the Reddit staff for confirmation of the default subreddit shift, and for more information about when r/futurology’s promotion might take place. We will update this post with any response we receive.

The last subreddits added to Reddit’s default list were /books, r/earthporn, r/explainlikeimfive, r/television, and r/GIFs. Since being added last summer, each have seen an considerable growth in new subscribers.