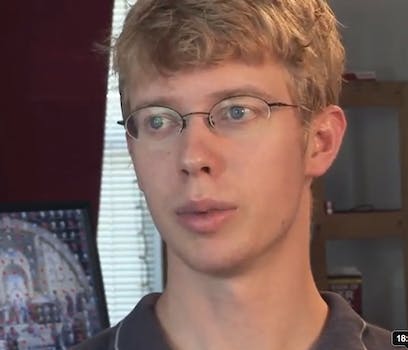 A redditor has released an interview with Reddit founders Steve Huffman and Alexis Ohanian circa 2005, when the site was just getting off the ground.

It’s amazing what a difference a couple of years can make. Seven years ago, Reddit was the pet project of two recent University of Virginia grads struggling to get funding.

Billions of hits, users, and upvotes later, it’s a different story. But on Tuesday evening, redditors were treated to a blast from the past thanks to redditor boondoggle, a filmmaker who interviewed Reddit founders Steve Huffman and Alexis Ohanian about the site’s origins.

“In 2005 I interviewed two kids named Steve and Alexis about a website they were creating called Reddit. Here is the (mostly uncut) video,” he wrote.

In the 19 minute YouTube clip, Huffman and Ohanian discuss everything from their programming origins to college prank wars to applying to the now well-known startup incubator Y Combinator, and receiving the first investment to make what would soon become Reddit.

“Nice little interview you did, they seem like nice guys,” that_guitar_guy quipped. “I hope it all worked out for them.”

“You know what’s funny—I actually started a Reddit account a few months after we shot this because I took a look at the site, got the impression that it wasn’t doing too well, and just wanted to support them,” he wrote. “But it’s great to see how things have worked out for them. I’ve interviewed a lot of startup founders over the years and Steve and Alexis are by far the nicest and most humble, even today (and I don’t say that just because I’m posting on the website that they founded).”

Reddit’s certainly changed since this video was recorded. Huffman and Ohanian have moved on in recent years to devote more time to their sophomore effort, Hipmunk. (However, they both popped into the thread to discuss the video under their usernames, spez and knothing.)

Other lines from the video, however, predicted the future perfectly.

“We spend 24/7 thinking about Reddit,” Ohanian said in the video. He could have been describing the daily routines of Reddit’s millions of loyal users.

The line that resonated most with redditors though, was when Huffman said, “I had this horrible dream that our site was hacked, and it was this goofy, goofy website up instead of ours.”

He might have been looking at a typical Reddit front page in 2012. What was a mix of blogs and news in 2005 has transformed to include cat pictures and memes today. And users couldn’t be more satisfied.