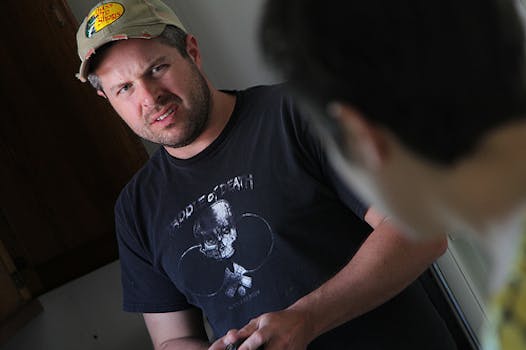 If Reddit is a pseudonymous web forum, why does there seem to be a constant witchhunt for frauds?

Users of Reddit should be skeptical of their own skepticism.

Earlier this week, redditor foreverburning posted to the social news site’s live question and answer session. She claimed to be a victim of gang rape and was inviting redditors to ask her anything.

She was quickly trolled by at least one redditor who denounced her as a fraud, eventually succeeding in getting the post removed.

That ordeal was similar to what redditor theoculus suffered through in September. She claimed to be a sexual assault victim. She was also called out as a fraud: Her wound was a clear fake, redditors said. Except it wasn’t, as theoculus later proved in a video.

Is it even possible to prove these women are victims? Maybe, in a court of law.

That’s beside the point. Are they even worth skepticism in the first place? How does someone benefit from a pseudonymous claim to be the victim of rape or sexual assault? And even if such a claim were fake, who exactly does it hurt?

Earlier this week redditors were up in arms over a Facebook post from a purported lawyer. “first day in the courtroom as a prosecutor,” the post read. “pretty sure the poor guy was innocent….but I got him anyway. Boo yeah.”

Only the so-called “douchebag” lawyer wasn’t a lawyer at all. He was a law student, participating in a mock trial. Redditors were urging a call to the district attorney for what turned out to be a fake trial held in a classroom. (To his credit, the original posted made a very public mea culpa.)

To be fair, Reddit’s users have been burned many times before, especially in the question and answer section, r/IAmA, and by people posing as celebrities. Links to news stories are also frequently editorialized (and often laudably debunked by other redditors). Meanwhile, scammers prowl the site’s charitable sections, looking for victims.

There’s a time when skepticism matters and when it doesn’t. Celebrities can easily verify who they are—all it takes is a photo, or a post from an official Twitter feed or website. Facts posted in news stories can be cross-checked and verified. And when money comes into play, like when someone starts asking for donations, that’s also worth a healthy dose of skepticism.

But Reddit is a pseudonymous web forum. It works based on people not knowing one another’s identity. In fact, it’s the protection of one’s true identity that encourages people to post great content in the first place. When Internet detectives try to dig into another redditors’ identity—their past, their motiviations—the end result is usually nothing more than circumstantial evidence.

And when it goes wrong, it has the potential to do cause some real damage.

In the site’s r/theoryofreddit section, users recently took a pretty smart look at the subject, especially the cases mentioned in this article.

“I think their approach is closer to cynicism than skepticism,” Railboy wrote about other redditors in the thread. “If they were skeptical they’d just abstain from judgment altogether, not make snap judgments based on dubious evidence. A cynic will assume something’s a malicious fake by default and expects cracks in the facade at any moment.”

Indeed. Unless money or celebrity is involved, it might just be best for everyone if redditors checked their skepticism—or, rather, cynicism—at the downvote button.