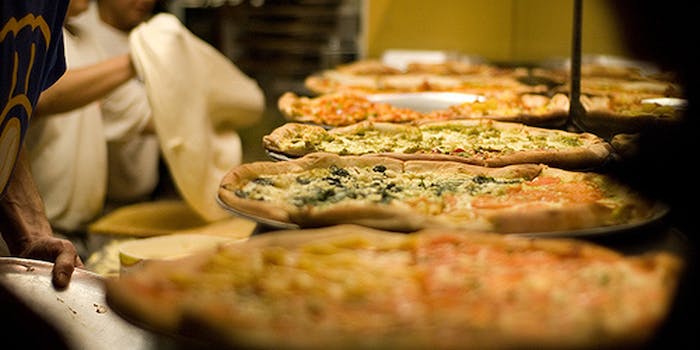 Users of a charitable section of social news site Reddit were in for a sick surprise yesterday when a con-artist posing as a donor claimed to have added their personal information to a database and threatened to mail them genital crabs through the mail.

“I will continue to collect your fucking dorks [sic] personal info,” wrote jadams1234, the phony donor, “until I feel I’ve collected enough and am ready to deliver the big surprise!”

The incident occurred on Random Acts of Pizza (RAOP), a subreddit, or section, of the site where redditors post offers and requests for pizza.

In jadams1234’s original post, the redditor, claiming to be the wife of a soldier serving in Afghanistan, offered three pizzas.

After three redditors sent jadams1234 their personal information, he edited the post to openly mock them, and posted their real names and addresses (this has since been deleted — here is a screen capture of the post, with personal information removed).

RAOP has previously suffered from scammers trying to con pizza or cash from generous redditors. But this is the first instance where a con-artist posed as a donor.

Yet despite how much attention they draw, scams are not all that common, according to Daniel Rogers, the subreddit’s co-founder.

Rogers said that RAOP has received over 600,000 page views over the past month “and only a dozen or so troll attempts.”

Still, the subreddit’s moderators are taking this particular scam quite seriously, Rogers said. They are in touch with Reddit HQ and are also exploring legal options against jadams1234.

“In the end, I think this is more of speed bump than indicative of large problem,” the subreddit’s founder, Daniel Rogers, wrote in an email to the Daily Dot.

“In response to a certain deceitful person,” redditor jabberworx titled a post, “I would like to pay for 6 pizzas to 6 different individuals”

He quickly burned through that quota.

“I’m not sure what the state of my credit card is in,” jabberworx wrote “but I know I’m going to have to put off a few purchases for a couple of weeks after this is over.”

He added: “But whatever! Keep asking away!”

That kind of pseudonymous generosity is what the subreddit  was built on. And it didn’t escape the notice of others.

“Brother, you make me effing proud to be a redditor,” wrote die_troller. “I dont want pizza. I do want you to know that I love you to bits.”