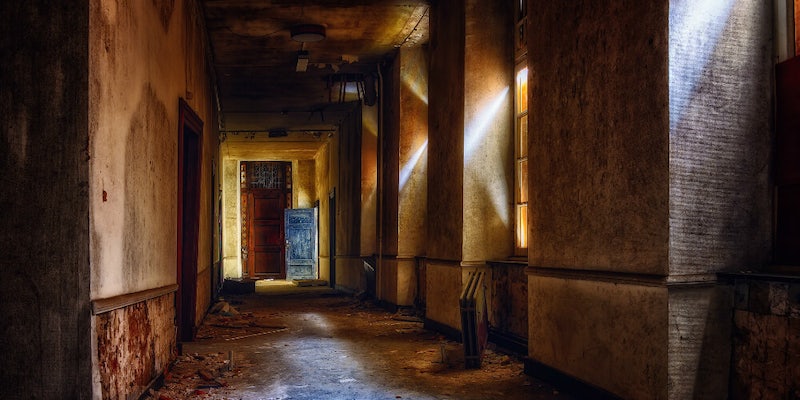 October came early for this subreddit.

With October right around the corner, spooky season has made its way to Reddit. Redditors are sharing stories of finding secret rooms in their homes.

It started with a short, yet loaded, question on the Ask Reddit subreddit: “People who have found a secret room or space in their house: How long did you live in the house before you found it and what was in it? What was the eventual outcome of finding the room?”

Nearly seven thousand people have responded so far, many with stories of finding a secret room in their home, which is apparently surprisingly common.

[Serious] People who have found a secret room or space in their house: How long did you live in the house before you found it and what was in it? What was the eventual outcome of finding the room? from AskReddit

One user found a secret room in an old mansion they had rented with their friends while in college. When they went to the basement to do laundry, they stumbled upon the room behind a removable wall. The room was “small, mostly empty, very dirty concrete room about 100 square feet. I say mostly empty because right in the middle there was a hole the size of a well that had been previously bricked up.” The redditor then called their friends to further inspect the room.

“We shined a flashlight down into it and I could swear there was a teddy bear at the bottom. Unfortunately despite plenty bargaining, none of us were ever able work up the courage (liquid or regular) to tie a rope and climb down for a closer look. Especially after we noticed that the bricks which I thought had fallen in were all accounted for, scattered around the hole as if something had broken out,” they wrote.

Another found a secret space in their closet when they were moving out.

“I never noticed it because junk covered the section of the wall that was covering a small entrance to a room that was sealed off with boards and plywood. I couldn’t pry it open but I could see light shining in it and a single mason jar filled with what I assumed was water,” they wrote. “The room gave me the creeps for whatever reason.”

One user recalled finding a secret room as a child.

A friend of another redditor found a whole secret attic in the redditor’s cabin, which was built in the ’70s. They said it looked like someone once lived in the attic and included “a bloodied mattress.”

“There were no lights, no comfort, just a sheet blocking off the part of the attic that didn’t have some semblance of a floor, and a bloody mattress. This was all above my room. I got hella weird vibes in that house after that,” they wrote.

They wrote that the most “unnerving part” was that the cabin’s previous owner left a note for them, simply reading, “good luck.”

An earthquake later destroyed the cabin (luckily?), and the redditor rebuilt a new one, with less “creepy vibes.”

Another found not just one but two rooms in their house.

“One was just a room under the stairs that was closed off. Had some toys from the ’70s in it.”

But the other was strange, and they found it when they redid the insulation in their attic.

“One of the workers asked if I knew there was a room up there. I had no idea. So we cut open the drywall and there were stacks on stacks of boxes from the 60s. Like a ton of boxes. And they were all full! So I opened them up expecting some cool stuff. And they were full of freaking PINECONES!! One of the bigger bummers of my life,” they wrote.

Another user was startled by a skeleton in a secret room they found. “Not gonna lie that scared me shitless,” they wrote.

They assume it was a prop left by the previous owners. And maybe it served as some inspiration for them to leave a prank of their own when they move out.