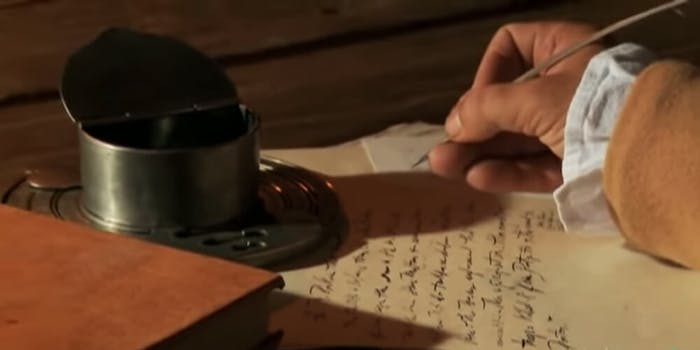 Philosopher’s obsession with Hegel is destroying his marriage

'His obsession with Hegel has reached the point of creepiness.'

A Reddit Relationships post about a man being so obsessed with a 19th century philosopher that it’s ruining his marriage is having some people scratching their heads in disbelief. It’s that bizarre.

The poster is a 33-year-old physicist, and her husband is a 35-year-old philosopher, who specializes in continental philosophy–but more specifically German philosopher Georg Wilhelm Friedrich Hegel.

After he “expressed displeasure” that she “never seriously engaged with his work,” she started to read his work–and “everything he’s shown me just seems completely insane.”

Hegel died in 1831, so his understanding of physics is naturally very outdated. And while much of his work is still relevant today, his written work should not be understood as 100% factual. Yet, that doesn’t stop the redditor’s husband from believing it to be so. “His claims about physics are just wrong, and wrong in a very embarrassing way!” she wrote of her husband, who ultimately believes that Hegel is right and all other work is wrong–so wrong that he doesn’t even bother to reading anything else.

Things get worse–and reminiscent of a previous Reddit Relationships post–when he starts lecturing her about and misusing German, her native language.

But what puts the post over the top for many is the claim that he keeps a photograph of Hegel on their bedside table and replaced a photo of her with a photo of Hegel as his phone’s screensaver.

“His obsession with Hegel has reached the point of creepiness,” she wrote. “I feel like I am competing with a 200-year-old philosopher for my husband’s attention.”

this post… has to be an elaborate troll from a non-hegelian philosopher. refuse to believe it

Plot twist. Man's a vampire and Hegal was his lover from centuries past.

She recalled how he recently stormed out of the house after they got in an argument over his botched demonstration of a Hegelian concept.

“He kept putting his hands together and tried to show how they were ‘identical’ and kept failing (because they’re not) and then got angry and stormed out of the house. I haven’t seen him since (this was about a day ago) and texted him and haven’t heard back,” she wrote.

The redditor then asked for advice. “What do I do Reddit? Do I just let this go?” she asked. “Why is it okay for him to belittle my field but I can’t offer mild criticism of his?”

The post made its way to Twitter, leading Hegel to trend. While many were critical of the post, others stated that if you’d ever met a philosopher with an interest in Hegel, you’d believe it to be true.

“So I completely believe this because I dated someone for years who LOVED Hegel and once when v drunk told me that Hegel was his best friend and the only person who understands him,” Twitter user @fritzlechat wrote.

So I completely believe this because I dated someone for years who LOVED Hegel and once when v drunk told me that Hegel was his best friend and the only person who understands him. https://t.co/QrMfQMmmKc

As a former philosophy student, and lover of the continental school, this is deeply embarrassing but fairly typical of white men in philosophy, esp the part where they can't actually explain the jargon they use.
To refuse to believe anything beyond hegel is obtuse but typical.

Hegel in particular! I had a writing prof. who must have had a Hegel blow-up doll squirreled away somewhere. Sheesh.

actual quote: "If I don't think there is treasure in the basement why would I still look for it" "THERE IS NOT TREASURE IN THE BASEMENT"

This is also apparently not the first relationship Hegel has caused problems for.