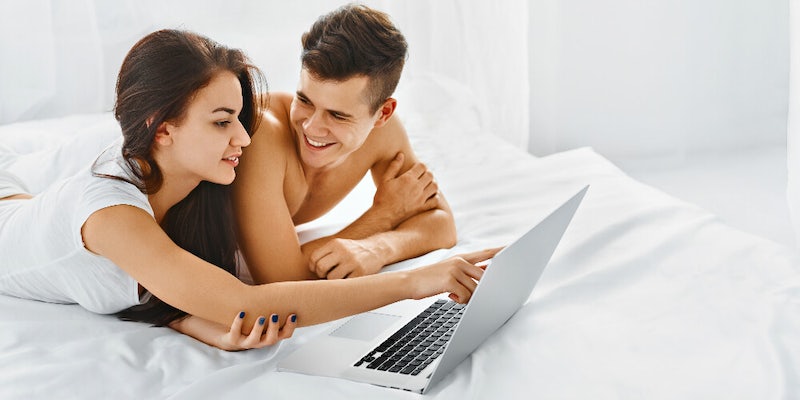 It was a PowerPoint of her nudes, and the transitions made him snicker.

A man explained on the “Reddit Relationships” subreddit that he may have ruined his relationship by laughing at a series of nudes his girlfriend compiled for him. OK, I know what your thinking: This belongs on the “Am I the Asshole subreddit,” and the redditor is indeed an asshole.

But this story has more layers to it. The redditor explained that he and his girlfriend have been in a long-distance relationship for more than five years. And since the 21-year-olds are in a long-distance relationship, they are hardly intimate with each other in person. “We make up for the lack of physical intimacy with technology: Phone calls, video chat, sharing photos,” he wrote.

After what felt like “eternity,” he flew to her place so that they could see each other for a weekend. It was during that weekend that the incident happened. While they were having sex, during their last night together, she whipped out her laptop to show him a PowerPoint presentation of about 50 of her nudes, as a “surprise.”

But that wasn’t the problem, because he “obviously really like seeing pictures of her naked.”

“What got me, however, was that when she actually started going through the PowerPoint, there were little animated transitions between each slide, the kind of thing you would use giving a presentation as a young child at a school,” he wrote.

He said the transitions varied–a fade, a pair of curtains that would separate to reveal the photo, and a Ferris-wheel like motion. “I had trouble hiding my laughter throughout this, especially as my girlfriend was looking intently at me as each new slide came on screen, but when one of the pictures appeared to shatter like a pane of glass to disclose the next, I couldn’t help but burst out laughing,” he wrote.

It caused a huge fight for the couple because the girlfriend “was understandably very embarrassed,” and their relationship hasn’t been the same since. So the redditor wants to know: “Am I entirely in the wrong here? What can I do to make this situation better and rehabilitate our intimacy?”

I (21M) laughed at my girlfriend's (21F) use of Microsoft Powerpoint during sex. How do I rekindle our relationship? pic.twitter.com/unMhyNs8pL

It seems the redditor wan’t the only one laughing. “I know, I totally get that laughing was a really bad thing to do in that situation but the idea of the glass breaking and random comical animation between naked pics is honestly pretty funny,” a fellow redditor replied. Another said they were trying to hold in their laughter while reading the post at work.

Once they got the giggles out of their system, redditors were actually quite helpful.

“Let her know you appreciate her efforts because they came from love. Acknowledge her feelings, and let her know your intentions were not to hurt nor embarrass her,” one replied.

There is really only one solution here: “Apology by PowerPoint,” as one redditor suggested.