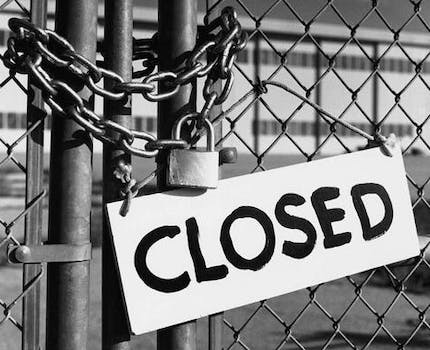 Obnoxious requests for nude pics of an underage girl may have brought down r/jailbait.

The change came hours after users of the social news site alleged that others in the community were using the section to swap child pornography.

Here’s how the controversy began:  In a thread posted late to section late Sunday night, redditor TheContortionist posted a revealing shot of a young girl’s buttocks.

It’s typical if tasteless fare for r/jailbait, which skirts legal trouble by not allowing nude photos.

When the redditor revealed he also possessed nude photos of the girl, more than 30 redditors implored TheContortionist to send the photographs to them via personal message. (It is impossible to attach files via Reddit messages, so if any material was exchanged, the files in question would never have been posted on Reddit proper.)

But other redditors were watching. They posted screen grabs of the thread throughout the site, causing an uproar earlier today in the site’s r/WTF section and elsewhere.

At least one of the section’s moderators, I_RAPE_PEOPLE, claimed he’d quickly cooperated with Reddit staff.

According to him, staff members confirmed that child pornography had been exchanged, and “were dealing with it.”

By 8 PM Eastern time, what was once a wall of images of underage girls had been replaced with a single sentence:

“This subreddit has been shut down due to threatening the structural integrity of the greater reddit community.”

The page linked to this recent official blog post, where Reddit’s admins detailed the rights and responsibilities of the sites admins, users, and moderators (the all volunteer workforce that keeps Reddit working).

But hours after r/jailbait was banned the section was still accessible on mobile devices and apps, leading many to speculate it was all a ruse. The section’s creator, violentacrez, adamantly denied these charges.

At approxiumately 9:05 P.M., Eastern Reddit employee Max Goodman officially confirmed the section had been shut down.

The closure comes on the heels of intense public scrutiny from CNN’s Anderson Cooper, Gawker, and even Taiwan’s NMA, a producer of animated news reports.

Reddit has long viewed itself as bastion of free speech on the Web, and as a practical matter, administrators have relied on moderators to set and enforce rules on their sections, or subreddits.

But even now, in its twisted obscurity, this stew of free speech, risqué images, and rule-tweaking rebelliousness seems like a perfect expression of Reddit’s imperfect soul.

Update: In an earlier version of this story we wondered if the shutdown might be a stunt. Reddit staff later confimed it was not. We’ve updated our reporting accordingly.