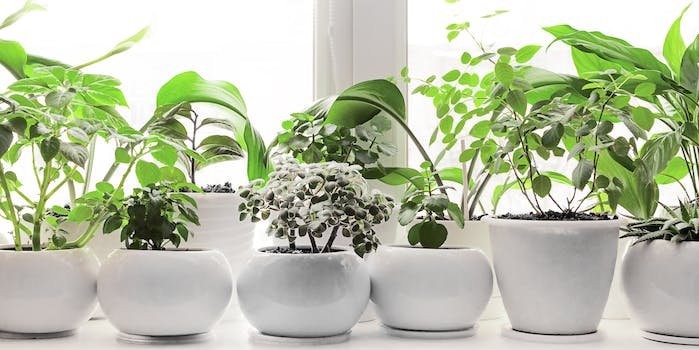 What’s with all these Reddit stories of men getting jealous of their partner’s plants?

The latest one involves a man asking his girlfriend to remove her plants.

A Reddit user recently came to the relationship advice subreddit asking for help after her boyfriend tried to make her get rid of her entire plant collection, one month after moving into the apartment she pays for.

In the post, which has now been shared on Twitter via the popular @redditshps account, she explains that she and her boyfriend have been dating for almost five years and were close friends for the five years before that. Throughout this time, she’s had a large plant collection that she takes very good care of, and the time she spends on them helps her manage her own mental health. Prior to moving in with her, her boyfriend gave no indication that he didn’t like the plants, and he even told her that he thought they were cool.

However, after dealing with some issues with his apartment, including a shitty landlord, OP invited her boyfriend to move in with her, declining his offer to pay a share of the rent as she earns more than him. Since then, he’s become “petulant” about having to share space with her plants, even though they only take up space on the windowsills and he has an entire room of his own with no plants in it if he really doesn’t want to be around them. OP also confirms that he’s not being bothered by plant allergies, and that while he’s said that he doesn’t like the way they smell, guests to their apartment have confirmed there isn’t really much of a smell at all.

According to OP, this is the first time he’s ever behaved like this about anything, and as he only moved in a month ago, she’s left wondering if this a response to feeling financially insecure on his part or whether it’s a sign of what it’s going to be like from now on now that they live together.

Some commenters have suggested that it’s less about the plants and more about his feeling out of control due to the circumstances of their moving in together, or even that he doesn’t want to have moved in with her at all.

Others see it as controlling and unreasonable behavior that’s only going to get worse with time.

The post has also reminded some Twitter users of previous house plant-centric relationships posts, and they warned OP to leave before he destroys her plants and becomes abusive.

Destroying a partner’s house plants seems to be an unfortunate trend among a certain sort of abusive man on the reddit relationship subs, maybe because the rising popularity of house plants sees them playing an increasingly important part in people’s lives. A partner stealing, destroying or damaging your possessions, especially if done in a calculated way designed to cause the maximum hurt, is a serious red flag for future violence and other abusive behaviours from them, leading to people on the subs being instantly wary when topics like this come up.

OP has decided that if he continues taking this position, she’s going to lay things out with him, that either he accepts the plant collection or it’s the end of the line for them as a couple.