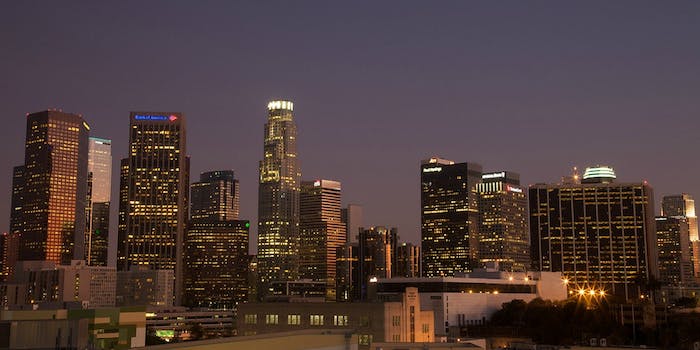 Somehow, no one mentioned the plot from 'Swingers.'

Everyone has that one friend who will believe just about anything people tell him. His friends always use that to their advantage and amusement by giving him nonsensical answers to his most innocent of questions. Well, a few days ago, that guy asked a question on Reddit.

Redditor iamdavid2 ventured into the Los Angeles subreddit and asked, “What is the city of LA like? Are the people friendly, Is it easy to get an entry level job and how accurate is the portrayal in movies?” Apparently, he expected a straight answer. A straight answer is not what he got.

The best part, though, might have been iamdavid2’s reaction to those answers. Respectively, they went like this:

If you haven’t already figured it out, here’s the punch line: These situations are movie plots from, respectively, Species, The Big Lebowski, Demolition Man, and Pulp Fiction.

The game continued with these gems:

(That’s Encino Man and Volcano, by the way.)

But the redditor finally realized the game when somebody tried to pass off a Michael Jackson video as his answer. At that point, iamdavid2 recognized the entire thread for it was—one big leg-pull.

Ah, well, it was fun while it lasted. I’m sure the redditor will have a much easier time when he actually gets to L.A.

Kind of like that FBI agent (I think he was from Utah or something) who had to go undercover to infiltrate a gang of bank robbers while diving out of planes without parachutes and nearly taking a beating on the beach from the lead singer of the Red Hot Chili Peppers.

Either way, it worked out well for that guy, because, well, he learned how to surf.