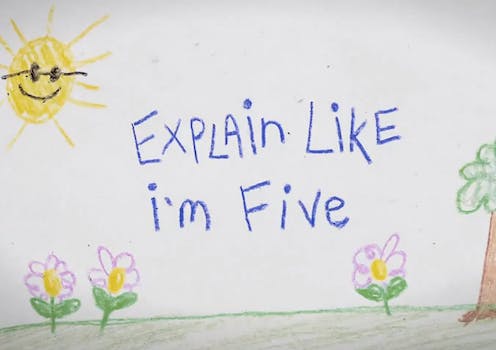 Finally, a subreddit is getting its own show.

Finally, a subreddit is getting its own show.

r/explainlikeimfive, the subreddit where users break down complicated subjects into terms a 5-year-old could understand, now has a dedicated webseries. It features two actors, Michael Kayne and Langan Kingsley, who explain the users’ favorite concepts to real-life 5-year-olds.

The project already has three videos up, explaining the concepts behind about the conflict in Syria, the philosophy of Friedrich Nietzsche, and the stock market.

[W]e always wondered what would happen if you actually tried to break down one of these complicated subjects and explain it to literal five-year-old. We used some of the top comments and metaphors in various ELIF threads on the different subjects as inspiration when writing the scripts.

Reddit being Reddit, plenty of users were peeved that some concepts were lost in the translation to the language of 5-year-olds.

“I appreciate the effort and production values, but the existentialism episode was horrible. That’s not even close to what existentialism or Nietzsche’s writings are about,” complained Vesperals.