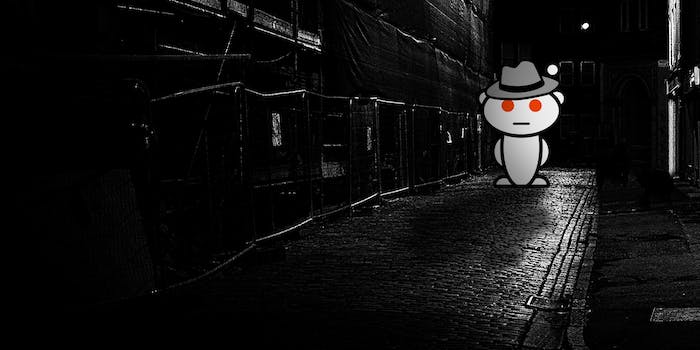 All links to Etsy have been soft-banned from Reddit. Here’s what that means.

All links to Etsy have been banned from Reddit due to spam.

The banhammer came down on the e-commerce site Tuesday after a Reddit administrator messaged r/etsy moderator courtneyj.

“What this means is that if you submit a link to Etsy anywhere on Reddit it will go into the spam queue and not be publicly posted until a mod has approved it,” courtneyj explained.

Courtneyj also provided this comment clarifying what sort of spam activity had gone on:

This penalty is being called a “soft ban,” which is slightly different from the ban handed down to Reddit’s most popular meme generator last year.

In June, Quickmeme was banned after three redditors uncovered a sprawling spam conspiracy. And at the center was Thomas Wayne Miltz, the creator of Quickmeme. For months, Miltz and his company had used bots to upvote posts featuring links to the site and downvote others from competitors. And to hedge his bets, he infiltrated the moderator ranks of Reddit’s largest meme forum, r/AdviceAnimals. On June 23, Quickmeme was permanently shut out across the site, meaning that any attempt to post a link to a Quickmeme page returned an error message: “quickmeme.com is not allowed on reddit: manipulation of reddit.”

Since the Etsy ban was instituted on Tuesday, only six links have been approved by moderators.

News of the Etsy ban has mostly been met with open arms. Redditors have stated that the ban was necessary to clean up all the self promotion spam and instead encourage people to “ask questions about projects, post great tutorials, and have good discussion,” amvilla86 stated.

The Daily Dot has reached out to Reddit administrators regarding the length of the Etsy ban and have not heard back at time of publication.