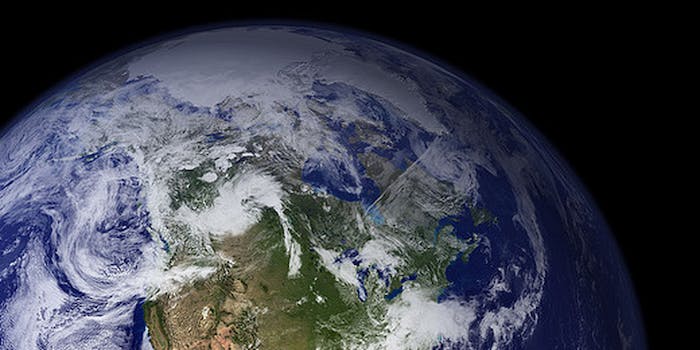 Climate change denial isn't science. So keep it out of r/science.

Climate deniers, the type of people who think the science supporting global climate change is bunk, just got banned from Reddit‘s largest science forum. It seems a paradoxical decision from the traditionally free-speech absolutists on the social news site. But it’s the right one.

In the past couple weeks, r/science has undergone something of a makeover. Earlier this month, the forum, which is run entirely by volunteer Reddit users, partnered with the prestigious science journal Nature. The publication, which puts out many of the top scientific findings in the world, will contribute journalists and editors to r/science discussions.

There are several ways to read these recent changes.

There is an argument to be made that r/science is taking a very traditional approach to science: By joining up with Nature, the thread is to some extent embracing a paywall-protected journal. Why is this noteworthy? Much of science research is publicly funded. And considerable debate has erupted over whether the public should have to pay to read the results of research it funded. In fact, the late Internet activist Aaron Swartz, who helped shape Reddit, was himself trying to make this very point when he downloaded a trove of articles from the online journal repository JSTOR. (Facing 35 years in prison, Swartz took his own life in January 2013.) Further, by banning climate deniers from its discussion, the subreddit appears to be siding with a particular scientific theory, silencing opponents.

Both of these decision feel, on the one hand, paradoxically conservative for Reddit.

I would counter, however, that that argument fails to acknowledge the fact that science is, by design, a conservative institution. For a result to move from theory into the realm of accepted scientific findings, it must be tested, retested, published, and supported by other studies that have gone through the same process. To have the very peer-reviewers and editors and journalists involved in that process contributing to the (already astoundingly) informed debates over scientific findings is a boon for the subreddit’s 4 million subscribers, as they play a crucial role in determining whether those findings are in fact worthy of the adjective “scientific.”

This is never more true than in the case of climate science.

Admittedly, the issue of silencing climate deniers is less cut and dry. In the r/science subreddit, shouldn’t any scientific idea have the ability to sink or swim in the discussion on its own merits? Yes. Unfortunately for climate-change deniers, the theory that the Earth is not undergoing human-wrought climate change is not, in fact, much of a scientific theory at all. In fact, 97 percent of scientists believe the overwhelming evidence that humans are changing Earth’s climate. Think about that number. If you buy into science enough to whittle away an afternoon making meaningful contributions to the r/science subreddit, it’s hard to imagine you disagree with 97 percent of scientists. In other words, while the details of climate change may be debated, there is little scientific basis for an outright refutation of the theory.

(Normally, this would be the part of the article where I might list institutions like the National Academy of Sciences or the American Association for the Advancement of Science that have backed climate change as a theory. But that list would include just about every major scientific institution in the world. And its already been published by NASA.)

I’m not here to convince you that climate change is real, only to point out that the scientific community is all but certain that it is occurring. And to disagree with that belief is to disagree with the scientific community, with the institution of science. As Nathan Allen, a scientist and one of the site’s moderators wrote of the decision in Grist:

“These people were true believers, blind to the fact that their arguments were hopelessly flawed, the result of cherry-picked data and conspiratorial thinking. They had no idea that the smart-sounding talking points from their preferred climate blog were, even to a casual climate science observer, plainly wrong.”

Whatever their argument about climate change was, it wasn’t science.

Another way of putting that: Climate deniers aren’t taking issue with a particular scientific finding—they are taking issue with the institution of science itself (whether they know it or not). This seems to me to be the great misunderstanding of so many quote-un-quote scientific debates over topics like evolution, medicine, and first and foremost, climate change.

Taking those unscientific fights inside a subreddit filled with people who all believe in the methodology of science is akin to a Pastafarian wandering into the subreddit of some Abrahamic religion to rattle off the tenants of the Flying Spaghetti Monster. It’s hopeless and obnoxious. But more to the point, its trolling, the very thing Reddit moderators are tasked with banning.