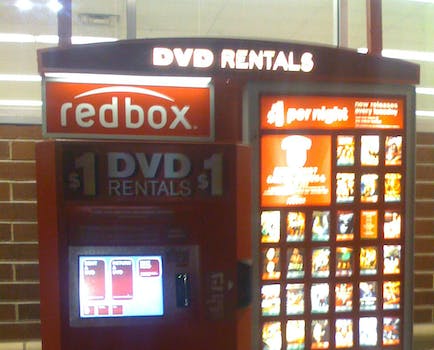 It was never meant to last.

If the kiosk killed the video store, it may finally be Redbox’s time to die.

In the mid-2000s, the rise of the company’s now-ubiquitous self-service stations signaled the end of an era for retail chains like Blockbuster and Hollywood Video. Blockbuster’s popularity peaked in 2004, when the company operated 9,000 locations across the United States. However, the easy convenience of Redbox, which allowed customers to treat ordering movies like ordering a Snicker bar from a vending machine, and Netflix’s booming DVD shopping service proved its business model obsolete. By 2007, Redbox had taken over the rental industry.

But with the crashing home video market and the rise of streaming, Redbox has also fallen on hard times. A recent Variety report indicated that company that was supposed to change the way we watch movies is quickly going the way of the Laserdisc. In the fourth quarter of 2015, Redbox’s revenues plummeted by 17 percent, expected to decline as much as 20 percent again this year. Redbox simply picked the wrong pony: Nine years ago, when the company conquered the industry, the top-selling DVD grossed six times what 2015’s highest earner brought in. In 2006, 12 movies topped $100 million in home video sales. Last year, not a single film earned even half that.

Redbox’s impending doom masks an important truth about its service: It was never meant to last.

Redbox’s impending doom, however, masks an important truth about its service: It was never meant to last. At a time when the video store was already being killed off by Netflix, automated tellers represented a stopgap measure to stave of the death of in-person rentals themselves. Blockbuster’s revenues were marred by the expensive overhead inherent in running a business fueled by customer service representatives and physical locations, as well as the production of DVDs, and streaming media proved both more cost-efficient for entertainment companies and more convenient for consumers.

If 2015 marked the first time that streaming video outgrossed DVD sales in total revenue, the death of home video has been long in the works. In 2008, Netflix officially launched its streaming service. It promised a relatively small selection of 2,500 movies—brought to customers by the cable network Starz—that viewers could “Watch Instantly.” Two years later, the company would invest $1 billion in amassing a movie streaming empire, expanding its selections to include a library of films from Paramount, MGM, and Lionsgate.

Netflix’s closest competitor, Hulu, first went public in 2008. The platform’s initial programming was extremely limited—geared toward current seasons of television shows (and just a handful of episodes at that). Three years later, it would announce a deal to stream the entire Criterion Collection, and in recent years, the service has greatly expanded its greater film selection to compete with services like Netflix and Amazon video. In 2015, Hulu announced a multi-year year with Epix to bring films like The Hunger Games and Interstellar to its site.

Initially, these platforms were treated like as a mild curiosity, but Redbox has long known that the industry was changing—and they would have to change with it or die. The launch of Redbox Instant in 2013 was a tacit admission that the company’s days were numbered. By the time Redbox Instant finally went live, the service was tardy to the party by a half decade. It didn’t help matters that Redbox Instant was a technological nightmare, prone to glitches and unexpected skips, meaning that viewers might miss out on entire scenes.

Redbox has long known that the industry was changing—and they would have to change with it or die.

A 2013 review of the platform from the Verge’s Sean Hollister is comically telling about its limited selection and poor quality. “By contrast, right now Redbox and Verizon’s streaming service is a wasteland, masking just how few films it has by interspersing them with duplicate listings, as well as movies that you’ll have to purchase separately or drive to a kiosk to rent,” Hollister wrote. “If there’s a recommendation engine, it’s certainly not working right: a search for ‘Casablanca’ suggested Dredd, Alex Cross, four thrillers, and a Nickelodeon flick, and none of those seven suggestions were available for streaming.”

To save its dying business model, Blockbuster tried to do the same. In 2011, the company invested in its own streaming service after infamously passing up the chance to buy Netflix outright back in 2000 (when it would have cost just $50 million). While the “Blockbuster Movie Pass” was offered as part of a Dish TV service before being rebranded, Redbox’s streaming service was shut down altogether in 2014, just a year after its launch, the site folded. Unless Redbox can find a way to get ahead of Netflix—by predicting the next big trend—its time is up.

If there’s only silver lining for Redbox customers, it’s that no one knows what’s next for the video market. In recent years, Netflix has been trending away from the movie streaming business it helped pioneer by doubling down on its original programming, including television shows like Jessica Jones and Orange Is the New Black. Meanwhile, the recent success of the Google Chromecast and Amazon’s Fire TV Stick threaten to change the market all over again.

Costing just $35 and $40, Yahoo’s Aaron Pressman reported in December of last year that the two technologies were selling like gangbusters over the holiday season. “[T]he disrupter may be getting disrupted by an even cheaper alternative,” Pressman wrote. “The low-end devices provide easy access to cheap movies, both rentable recent releases from Amazon and Google’s video services and all-you-can-eat style streaming of older flicks on Netflix, Amazon Prime Video, and other services.”

This shifting marketplace may prove a problem for movie studios and entertainment distributors at a time easy access to sites like The Pirate Bay prove an enticing option when consumers aren’t sure where else to go. This means that if Netflix is stepping aside during an uncertain era, fueled by increasing choices and less selection, its successor needs to step up to the plate—and fast. Eight years ago, the rise of streaming may have been the beginning of the end for Redbox. But in taking down the ailing DVD market, it seems as if Netflix may bringing everyone else with it.