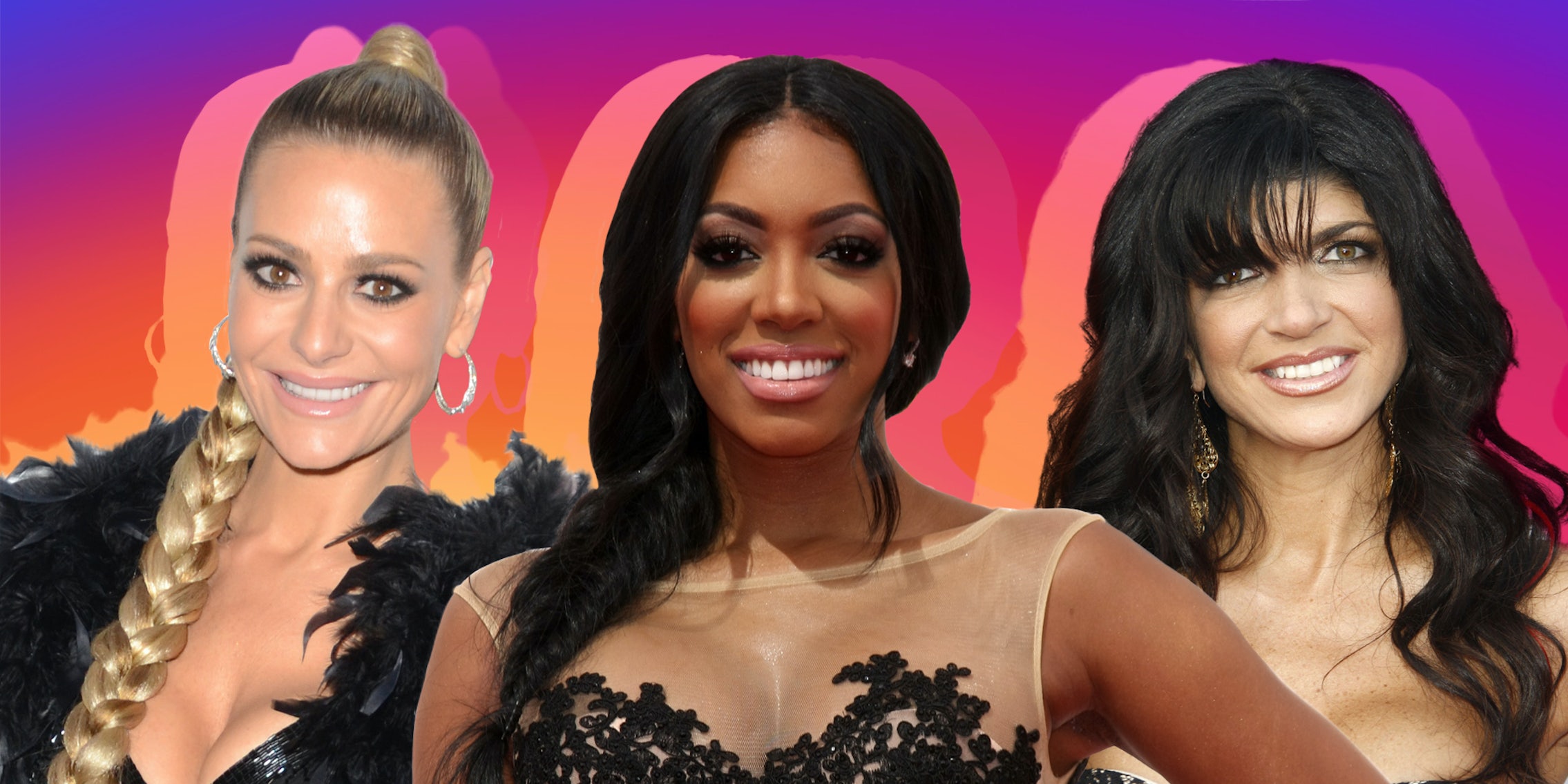 Fans are hungry for Real Housewives content by independent creators.

In 2006, Bravo launched The Real Housewives of Orange County, a reality TV show chronicling the lives of moneyed housewives in the ritzy Southern California locale familiar from shows such as Laguna Beach and The OC. Since then, the franchise ballooned into a cultural behemoth that includes separate shows charting the dizzying highs and devastating lows of upper-crust ladies in nearly a dozen American cities, international franchises from Naples to Cape Town, numerous spin-offs, and an adjacent industry of “Bravo-lebrity” memoirs, merchandise, and media. To the uninitiated viewer, Real Housewives can come across as little more than “cat-fights” and Botox. Yet, when followed season-by-season over the years (as God and Andy Cohen intended), the shows are as epic as Wharton or Tolstoy novels in their depictions of social striving, loss, and women’s enduring struggle for self-determination.

Any self-respecting Housewives stan knows the pay-off comes not only from the shows themselves, but from the surrounding universe of gossip, podcasts, books, at least one unauthorized musical, and numerous niche social media accounts. The #realhousewives hashtag has been viewed 1.1 billion times on TikTok and returns nearly 450,000 posts on Instagram. The latter encompasses a broad church of Real Housewives digital archivists including @therealbadfashions, @therealhousewivesorders, @realyearbooksofbravo, @realhousewivessmoking, @nocontextrhony, @therealbadextensions, and @therealbadnecklaces, who hone in on specific aspects of the ladies’ lives, from covert ciggie habits, to idiosyncratic food and drink orders, and toes painfully squished into questionable shoes.

Eager to deliver on the franchise’s promise to take plebs behind the curtain into the world of the uber-wealthy, many of the castmates go to extreme measures to project a level of opulence and propriety that is often out of step with reality. Ben, the San Antonio-based auteur behind @therealbadfashions, has been highlighting the moments where things sartorially come apart at the seams since January 2020. His incisive posts about fake designer handbags and statement hairdos that look like literal golden bird shit now reach 44,000 followers, but Ben first spotted counterfeit goods in the Bravo-sphere while innocently watching The Real Housewives of New Jersey.

“I noticed that Teresa was wearing a Chanel blouse that looked like something Dorit had already worn. I went back and realized they looked completely different,” Ben, who knew how to spot a fake from having worked in fashion, told Passionfruit.

“At one job, I would make friends with old ladies who worked at Macy’s, Bloomingdale’s, and Neiman Marcus. We would end up chit chatting and they would tell me stories about people trying to return fake items. They showed me how to look for the color on the inside of bags and the positioning of small details,” Ben said.

Like @therealbadfashions, @therealhousewivesorders—which amassed nearly 26,000 followers—initially came about because of its creator Ky’s past work experience.

“I love watching the Housewives order, because I’ve served a zillion Ramonas [from Real Housewives of New York] in my life who are insane and don’t tip well,” Ky, who lives in Toronto and started the account in late 2019, told Passionfruit. “A lot of my followers work or have worked in the service industry or just generally like food. We connect on that level.”

While much has changed since the franchise’s inception, a steady flow of elaborate group dinners and the inclusion of footage of the ladies ordering is a constant. It’s satisfying to see the more absurd or iconic orders memorialized, from a supercut of Eileen Davidson’s fondness for a “very cold, very dry white wine” that racked up 176,000 views, to Dorit Kemsley’s elaborate concoction of vodka and club soda with three lemons “carcass out.” Any housewife with a strong enough stomach to take on a “falafel waffle” or “banana chunk martini” will also make it onto the account.

While some of the ladies would have you believe they came out of the womb with a “buttery chardonnay” in one hand and an authentic Birkin in the other, we all have a past. Frances, the 23-year-old Seattle-based historian behind @realyearbooksofbravo, offers her 6,400 followers insight into the women’s pre-Bravo lives by showcasing their school and college yearbooks.

“My official process usually starts with some biographical snooping,” Frances, who started the account a little over a year ago, told Passionfruit. “A lot of them have married names, so I have to backtrack and look into records to figure out their maiden names. I have to fight against misinformation on the internet; Google loves to say the wrong ages.”

From there, she relies on a combination of online databases, including ancestry.com, classmates.com, and archive.org. She also leans on the assistance of librarians and archivists who help her locate physical yearbooks in school libraries and her followers who know the school and graduation year of a housewife and send her “juicy bits of information” in the DMs. It’s undeniably fascinating to ponder which kinds of plastic surgery housewives have had based on their younger image, or to marvel at the throughline between a teenage Kathy Hilton being voted “greatest con artist” who “does least possible” by her peers and the adult woman who is flush with cash and doted on by butlers. Unexpectedly, the page also shared information on important political history, such as deep-dives into Gizelle Bryant’s father Curtis Graves and Porsha Williams’ grandfather Hosea Williams, both of whom were prominent civil rights activists.

“I specialize in social movements, so it was an honor to focus on those two and to speak to their families,” Frances said. “The Real Housewives of Atlanta and The Real Housewives of Potomac have done great work connecting to history, whereas other Bravo shows are struggling to reckon with the past.”

While the differences between viewers’ and Bravo-lebrities’ lives are vast, many can relate to an awkward teenage phase, the allure of a Canal Street knock-off, or the need for a stiff drink or cheeky cigarette at the end of a long day.

“I love Dorit [from Real Housewives of Beverly Hills] because she’s such a silly character, and part of that is presenting an impermeably shiny facade,” Brodie, a Housewives fan from Melbourne, Australia, told Passionfruit. “@Realhousewivessmoking shows that beneath the glam she’s choofing ciggies whenever possible.”

As their follower counts climb through a combination of organic growth, media attention, and shoutouts from other creators, the accounts have caught the attention of some of the Housewives. Ben of @therealbadfashions cheekily chronicles who blocked the account. Housewives Melissa Gorga and Luann de Lesseps alluded to @therealhousewivesorders on an episode of The Real Housewives Ultimate Girls Trip. While the vast majority of these interactions are positive, sometimes added exposure can make things trickier for the archivists, who already spend between 30 mins and three hours a day on the accounts. For example, Ben noticed some of the ladies cropping their feet out when posting photos, perhaps to avoid being called out on a #mirandamonday post, which means he has to scour Google for the original full body images. Despite such challenges, Real Housewives digital archivists find various motivations for continuing their critical public service: Ben enjoys mingling with other superfans online, Ky hopes to leave behind a “timeless reference point” of orders, and Frances wants to bring genealogy and historical research to a new generation.

“Genealogy history has an association with older males, but most of my followers are millennial women. As I expand, I hope to continue helping people learn more historical and genealogical research skills. It’s not just for Real Housewives drama, it can be fun in your own life!” Frances said.

Whatever brings them to the community, fans are hungry for Real Housewives content by independent creators who exist outside of the official Bravo universe.

“These accounts are so important in our social media landscape,” Kate, a fan from Buffalo, New York, who follows all of the Real Housewives archival accounts, told Passionfruit. “They aren’t linked to Bravo, they aren’t PR, and they’re very creative minded individuals with keenly unique points of view. I could not be more grateful for them.”

Tara Kenny is a culture writer based in New York. On social media, she is @slurpette.