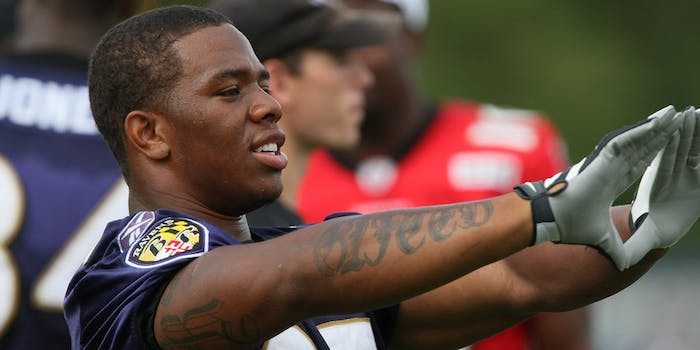 Baltimore Ravens running back Ray Rice announced Sunday that Twitter haters had turned him off the game.

You did it, spiteful fantasy football fans. You ruined the game for one of its best real players.

Baltimore Ravens running back Ray Rice announced Sunday, after recording his worst game in recent memory and then leaving early with a strained hip flexor, that Twitter haters had turned him off the game.

Turns out, plenty of players were less concerned with Rice’s health than with the few fantasy points he scored.

Just wanna send out a big FUCK YOU to @RayRice27 for getting me 1.5 fantasy points this week. What the hell Ray?

@RayRice27 You are a disgrace please ask for a trade

Rice was initially unfazed, and made a classic Internet mistake: professing theism when trolls lurk nearby.

Thanks for the Prayers God Bless you all #Ravens

@RayRice27 Unlike Jesus, you weren’t there for me when I needed you most. #HopeYourHipIsOK

Life could be worse for Rice, though. The Ravens ended up eking by the Cleveland Browns, 14-6, and his hip isn’t expected to keep him out long.