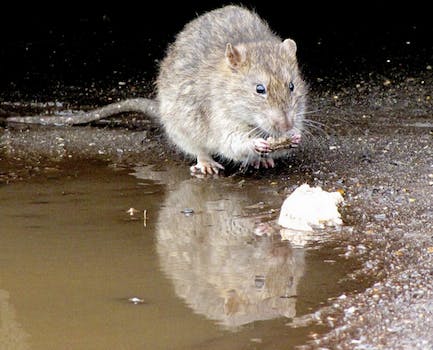 There’s just no getting rid of this determined Chicago rat

Remember last September, when that lovable rodent attempted to carry a large slice of pizza down gritty New York subway steps? Of course you don’t. That was forever ago, and you’ve been bombarded with so many tweets, Snapchats, and Vines since then that Pizza Rat is now basically a vague Internet myth.

Fortunately for you and everyone else with Wi-Fi, we have a new rat to obsess over until something else steals our attention. I give you Pizza Rat’s Chicagoan cousin: Bold Rat.

And we thought New York rats were aggressive. Compared to Bold Rat, Pizza Rat is a cute little mouse who minds his manners. Look at the way Bold Rat enters this building with sheer ferocity while the frightened camera holder continuously screams “Oh my god!” Even when the door is almost completely shut, this steadfast creature wriggles its way through. It wants to get into this building and will stop at nothing until it does.

Bold Rat is the quintessential American—and the only one who can unite us. Vote Bold Rat 2016.