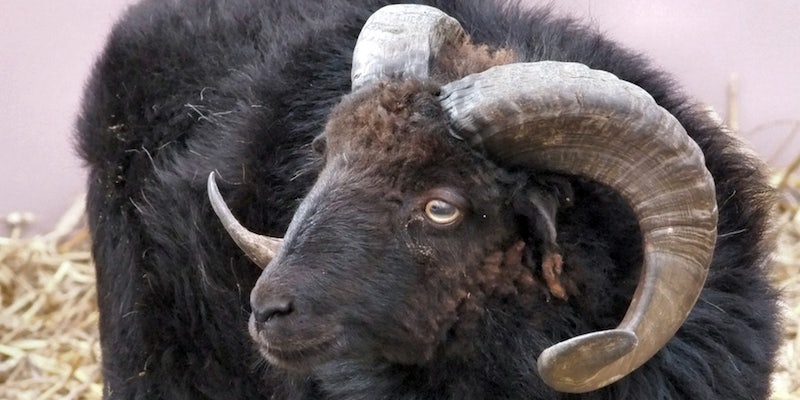 “I came away with a few cuts & bruises but we got the footage.”

Attaching a GoPro camera to dogs, sea turtles, and even bald eagles has provided humans with thrilling glimpses of the world as animals experience it. But now, thanks to an intrepid dirt biker, we can add a seriously pissed-off ram to the list of natural wonders who have shared their unique perspective with us.

YouTuber easymoneynz had initially filmed the “screaming” ram when it attacked him while he was motorbiking off-road in Nelson, New Zealand. Commenters suggested he try strapping a GoPro to it next time, and somehow, he did: “managed to sit a velcro like mount on his back,” the new video’s description reads. “I came away with a few cuts & bruises but we got the footage.”

And what glorious footage it is. This beast is wild, mean, stubborn, and shockingly fast on his feet, while his head and horns pack a huge wallop with every galloping charge. More often than not, he actually knocks the guy over. After the batterings and tussles, you’ll get to see how much damage he did to the bike (whose rumble he seems not to appreciate) and camera.

All in all, it might be time to find a new path to ride on. This one seems to be taken.