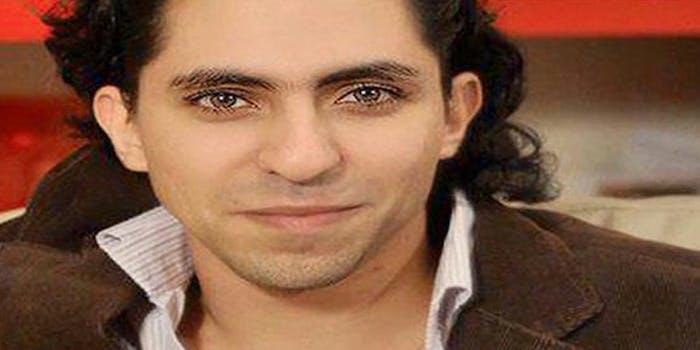 Already sentenced to seven years and 600 lashes, Raif Badawi will now go on trial for his life.

Raif Badawi, founder of the online forum “Saudi Arabian Liberals” will be tried for denouncing Islam, his wife told CNN. If guilty, he could face a death sentence.

Badawi first founded the forum in 2008, and, after years of legal controversy surrounding the site, was arrested in Saudi Arabia June 2012 for cybercrimes and, as Reuters earlier reported, “disobeying his father.”

A year later, in July 2013, Badawi was sentenced to seven years in prison and 600 lashes for the aforementioned crimes. At the time, Badawi was also faced charges of apostasy (denouncing Islam) but they were dropped by the judge.

According to Badawi’s wife, Ensaf Haidar, who now lives in Lebanon, a judge has now recommended her husband in fact be tried for apostasy. The CNN report is unclear on the details of the charges, or the reason they were recommended after initially being dropped.

This summer, Reuters reported that Saudi Arabia’s King Abdullah has attempted to reform the court system but conservatives have resisted enacting any of the proposed changes.

On Twitter in July, Badawi’s wife asserted that her husband has stood fast by his religious and free speech convictions: “The judge asked Raif, ‘Are you a Muslim?,’ and he said, ‘Yes, and I don’t accept anyone to cast doubt on (my belief).’”