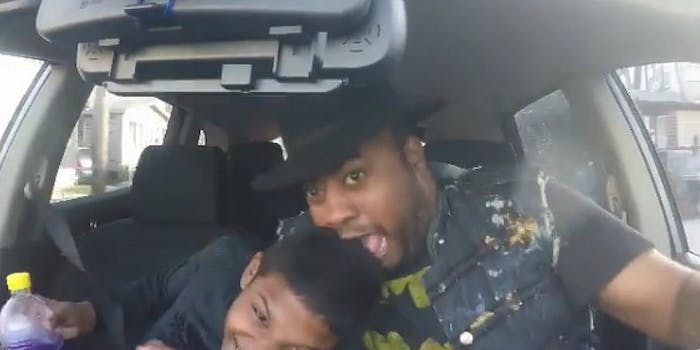 Pity those who are passengers in Queenzflip's car.

Queenzflip is a rapper, author, and entrepreneur. But you might know him best as a driver who goes absolutely bananas when he’s listening to a song he likes. And if you don’t know him, it’s time you were introduced.

Watch some of his Instagram videos and prepare to be awed by this dude’s enthusiasm for hip-hop—and his ability to avoid crashing his car while he’s going apocalyptic. A sampling of his solo work behind the steering wheel:

So, if you need to know anything about Queenzflip, it’s this: When he offers you a ride in his car, make sure to call dibs on the backseat.