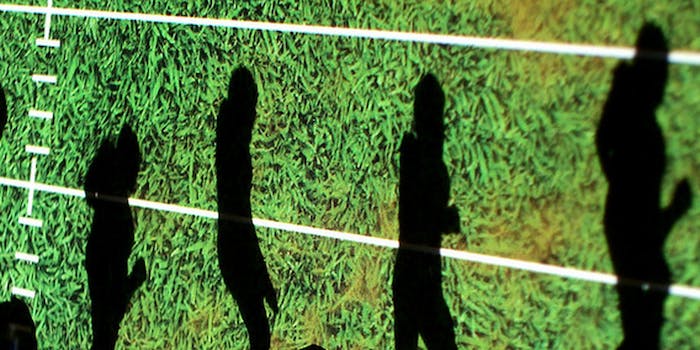 The laws of physics do not apply at Morrisville State.

Football fans who find themselves looking for something to fill their Saturdays may want to catch a game at Morrisville State sometime: This weekend, the New York college’s quarterback scored an acrobatic touchdown worthy of a hundred slo-mo replays.

At first, Lemar Johnson drops back for a pass—then he sees an opening and decides to run the ball. It’s an easy first down, but he goes a few steps further, hurdling a safety like some sort of springy superhero (and loses his shoes in the process).

Morrisville’s Mustangs went on to beat the Kean University Cougars 37-31 in a thrillingly close contest, because while it’s hard to beat any Division III sports team that can walk on air, they do understand the importance of putting on a show.