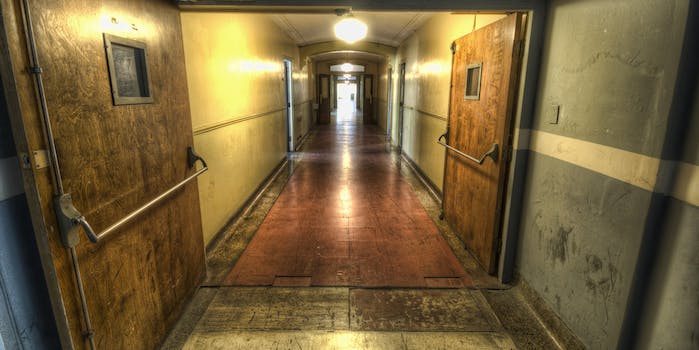 Is it really a quarantine if you still have your iPhone?

Isolation isn't really isolation if you can take a selfie.

At a time when contact with the outside world is unavoidable, the idea of a true quarantine is drastically changing. Such lockdowns have jumped back into popular culture after the initial Ebola cases within the U.S. forced the Centers for Disease Control to monitor dozens, if not hundreds, of individuals. Especially after last week, when the governors of New York and New Jersey implemented mandatory isolation for health care workers returning from stricken areas, the practical issues surrounding a forced quarantine are part of the public debate.

One aspect of the issue that has lain quietly under the surface is how connected we in the Western world can remain, even under forced seclusion. Amber Joy Vinson, one of two Texas nurses who contracted the disease from the first Ebola patient in the U.S., took what is likely the world’s first Ebola selfie during her treatment. Her coworker, Nina Pham, likewise had her iPad during her confinement in a Maryland hospital and was filmed by those treating her.

When a Yale grad student studying epidemiology returned to Connecticut from a visit to Liberia, the state placed him under house arrest. Despite his, in the words of CBS, “limited” means of communication, Ryan Boyko still had his cellphone and Skype.

While these technologies do not erase the stress of having your liberty—and possibly your life—stripped from you by a devastating virus, they are another mile marker for how interconnected society has become through such technologies. The inability to remove oneself from the constantly-updated nature of social media and the news cycle is well-documented, with writer Michael Harris dubbing our era “The End of Absence.”

“When you wake up, you have this gift of a blank brain,” Harris writes. “Instead of wondering what should I do, we wonder what did I miss. It’s almost like our unconsciousness is a kind of failure and we can’t believe we’ve been offline for eight hours.”

And it seems that not even the purposefully-isolated state of quarantine is enough to remove us. While that might seem obvious (why would anyone take a smartphone from someone simply because they’re sick?), it’s an interesting symptom of the inescapable nature of technology and how it could change the nature of the age-old practice of quarantine.

Isolating the sick predates germ theory, the science that would explain its usefulness. In 1377, Croatia instituted possibly the first quarantine order forcing ships to wait 30 days before they could dock lest any illness be incubating among their crew or cargo; land travelers had to wait 40 (“quarantine” comes from the Italian quaranta giorni which means “forty days”). Considering the Black Death took 30 percent of Europe’s population a mere two decades earlier and still lingered in parts of the continent, stopping a disease’s spread was of paramount importance.

While life under medieval quarantine hasn’t been discussed much in the historical record, one can assume it was far more isolating than our current setup. Any form of long-distance communication was limited to letters hand-delivered by friends or paid messengers, as Tom Standage writes in his book Writing On The Wall: Social Media, The First 2,000 Years. One can imagine such letter carriers would be wary of contact with the Plague-ridden masses.

We don’t get a clear vision of what quarantine looks like from the inside until the 20th century, with perhaps the most famous quarantined individual ever, Typhoid Mary. In 1907, housemaid and cook Mary Mallon was quarantined after exposing five different families to her asymptomatic typhoid infection. While she was briefly released from her lockdown, Mallon spent most of her adult life in concerted isolation until her death in 1938.

Because typhoid is not airborne, journalists were allowed to visit Mallon under close orders to never even accept a glass of water from her. “She says she has been kept like a leper…with only a dog for company,” wrote one journalist, according to Anthony Bourdain’s Typhoid Mary: An Urban Historical.

Early in her predicament, Mallon used the media to express her disdain for her predicament. The New York World ran an interview with her in which she declared “As there is a God in Heaven, I will get justice somehow.” She even accused Health Department investigators of a conspiracy, telling another paper “they want to get credit for protecting the rich, and I am the victim.”

Despite her recent lockdown, nurse Traci Hickox gave out interviews over her iPhone and shared a “quarantine selfie” online. Like Mallon, Hickox is vowing she’ll have justice on New Jersey and now her home state of Maine for locking her away and using the media to express her anger (though it should be noted that Hickox, unlike Mallon, has twice tested negative for the disease she’s accused of carrying and only rarely is Ebola asymptomatic in humans). In defiance of Maine officials, Hickox even took a bike ride last week.

While still quarantined, Hickox published a first-person account of her ordeal in the Dallas Morning News, stating she “sat alone in the isolation tent and thought of many colleagues who will return home to America and face the same ordeal. Will they be made to feel like criminals and prisoners?”

For most of the history of medicine, quarantined patients like Hickox were left to the whims of medical professionals. Even Typhoid Mary could make no contact with the outside world unless a journalist felt the need to interview her—the interest in which grew rare the longer she was detained and the more public interest waned.

But even here social media and technology are serving as iconoclasts. While the Western world has seen only a handful of Ebola cases during this outbreak, the entire medical industry as well as policymakers are preparing for the worst. If not for Hickox and her handy-dandy iPhone, its not just likely she’d still be locked away but also probable that other heroic workers like herself would be, too. It was only after she talked with newspapers and even CNN—again, while still quarantined—that she was released by order of Governor Christie.

The pervasiveness of technology is both a weight we carry and a pillar that carries us. It nags us and liberates us. While quarantines are not quite a regular part of American life (yet), how often does your smartphone connect you at a time you would otherwise be alone?

Whether that’s a good thing or not is up to each individual, but the fact that social technology has found its way into every aspect of our lives—even the times we’re under government order to be isolated—tells us something about our need to connect.

More importantly, technology is giving the (in these cases, literally) isolated a voice. It’s liberating them from their condition in both an abstract sense and, in the case of Hickox, a literal one. This is a very recent gift, one whose immediacy to our time should not go unnoticed or unappreciated.