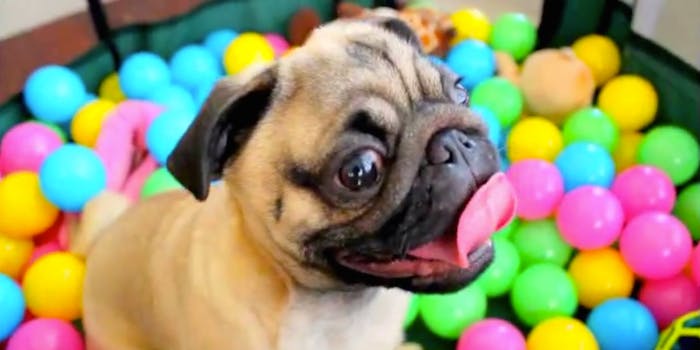 You never forget your first time.

It only took a ball pit to make this pug’s life.

Curious to see what would happen, Mel Stringer filled the playpen of her Pug, Grover, with plastic balls and his favorite toys, and placed him inside. This could’ve ended in a variety of ways, but pair a dog’s ability to get excited over anything with the introduction of something new and really there was only one possible outcome.

She’s created a monster—albeit an extremely energetic one.

He can most certainly have an extra hour in the ball pit.