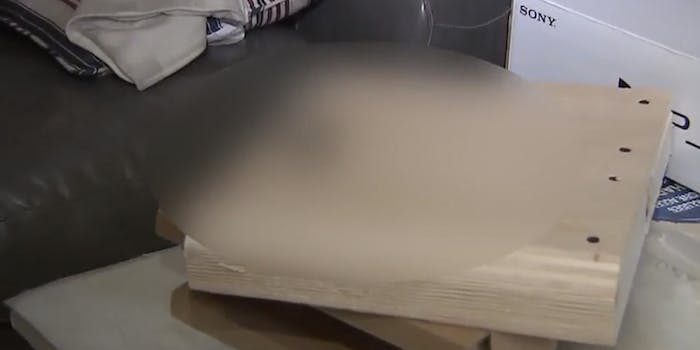 It was a real dick move.

Nine-year-old Scott Lundy was excited to open up his new PlayStation 4 on Christmas morning, only to find a block of wood with a hand-drawn penis next to the phrase “From cock and balls with love” in its place.

According to a Facebook post by Lundy’s step-mother, Kristin, he wasn’t the only child who was duped by the block of wood scam during this holiday season. While there’s no official explanation for how the profane woodblock ended up in the box, the Lundy family was told this “happens sometime.”

“It happens through the distribution, the assembly line, or something,” Lundy told Channel 7 in Boston.

The family returned the fake block of wood to the Target store where they purchased it. They received a new system, a copy of The Uncharted Collection, and a $100 gift card. However, the sting of the cruel prank can’t be completely erased.