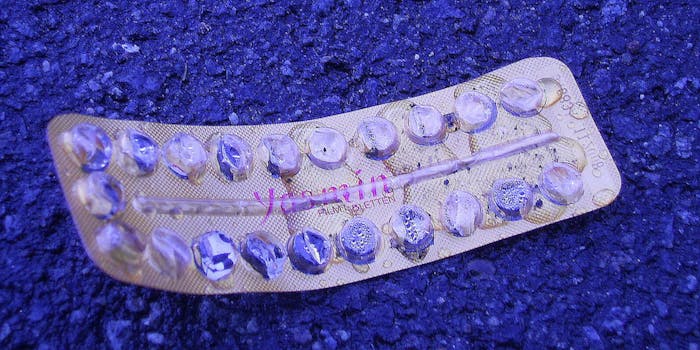 Why male birth control is a million disasters waiting to happen

The Internet loves the idea of a pill for dudes, but men won't.

Editor’s note: The author falsely conflates sperm and semen, as only a percent of male ejaculate contains sperm, and a man could achieve orgasm while not producing sperm. As the other seminal fluids contained in ejaculate are added after the vas deferens, blocking the vas deferens would not have the described effect.

It was 100 degrees out but I couldn’t stop shivering. I wore two shirts, jeans, and a heavy hoody but was still colder than I had ever been in my life.

Several months prior to the chills I started to have trouble sleeping. The urge to urinate woke me up about every two hours. I woke up about four times a night to take a piss. Each time hardly anything would actually come out.

At first I wrote it off.

Maybe I’m drinking too much water before bed, I thought. After all, I did drink tons of water throughout the day.

Then I started having problems urinating during the day. I’d whip it out to piss and then…nothing. Sometimes it’d be a full minute until I could actually get a stream going.

The pain started a few weeks later. It felt like a burning-hot screwdriver was being shoved up my phallus every time I tried to pee. There was pain even when I didn’t go to the bathroom. The sensation was as if everything beneath my stomach was crammed into a blender, torn apart, and then lit on fire. There was also pain in my sides. I don’t have quite as dramatic an explanation for that pain. If you’ve ever been punched before, imagine that but coming from the inside.

Regular visits to the gynecologist are essentially a must for a woman. While this has to suck, the upshot is that it forces them to understand their sexual health and reproductive health better than any man understands their own. It also, presumably, makes them less afraid of invasive tests since they have to endure them on a semi-regular basis. That’s why I put off going to the urologist for so long, because I was afraid of getting a tube put in my dick. Eventually, I couldn’t stand the pain and constant chills anymore, and I saw the doctor.

I took the most powerful antibiotics they’re allowed to prescribe and after a while the pain went away…but the nocturia (getting up to pee a lot during the night) and the long delay before urinating. I went back to the doctor and he said the bladder muscle had become spastic and overactive as a result of the prolonged infection.

He prescribed a medicine to help me with my symptoms. I can’t remember the name, but I know it belonged to a class of medicines called Alpha Blockers.

“One thing about this medicine,” the doctor said as he typed the prescription into the computer. “There’s a chance it can cause retrograde ejaculation.”

“Um…what?” I asked. I obviously knew what ejaculation meant but “retrograde” could’ve meant anything.

“Dry orgasms. No seminal fluid,” he said. In more specific terms, retrograde ejaculation is when semen gets sent into the bladder rather than out into a sock, condom, or, if you’re lucky, a crevasse belonging to your significant other.

I was weirded out but he said there was only a chance, right? So that meant there was a chance it didn’t cause retrograde ejaculation.

This pathetic bit of self delusion lasted until my first jerk-off session on the medicine. I felt the familiar build-up of pleasure and tension (I call it plension) and then… nothing. Not only was there no semen, there was no electric rush, no hip-bucking, and no release.

After about a month of this, I asked to switch to a different medicine. As far as I knew, that’d be the last time I’d ever have to think or hear about dry orgasms and retrograde ejaculation.

Male birth control is swift becoming a highly discussed issue among social justice circles and the Internet in general.

One proposed method of male birth control is the use of alpha blockers to intentionally cause dry orgasms. Another, more recently publicized strategy is using gel to block the vas deferens—the tube sperm travels through—thereby preventing sperm from ever coming out of the penis (forgive the pun). The latter product could be available in three years.

The Daily Beast’s Samantha Allen, who is also a frequent contributor at the Daily Dot, noted that male birth control could have a multitude of wondrous impacts on society, and would greatly aid women since they would no longer be subject to the deleterious affects of The Pill.

Allen’s interpretation of the facts is accurate, but it paints too rosy a picture. The coming wave of male birth control will make conversations about reproductive health more vitriolic and hateful, not less.

First, insertion of gel into the vas deferens is an invasive procedure—far more invasive than popping a pill every day. A significant percentage of America’s 150 million-plus men will not go for it no matter how economical it is or how beneficial to society it is. American culture is too patriarchal and while #NotAllMen are this selfish, most are.

The bigger concern, however, isn’t the procedure but the dry orgasm.

I’m not alone in realizing that dry orgasms remove pleasure from sex. A study performed in 2009 found that “a strong decline in ejaculatory volume is associated with reduced sexual pleasure” when they gave men alpha blockers. The study noted the men were “greatly dissatisfied with the ejaculatory dysfunction” from the alpha blockers.

I lost all sex drive almost immediately once I started having dry orgasms. I didn’t even respond to a “booty call” I got while I was on the alpha blockers because I just didn’t care. What was the point of having sex if I knew I was incapable of enjoying it?

Look, I’m not a men’s rights activist. I’m not trying to say women should be subjugated and forced to take the pill for as long as they live. I’m just saying that male birth control is highly imperfect. If you’re expecting it to take the world by storm in 2017, don’t. Once the first crop of men feel what a dry orgasm is like, it’ll start a new culture war. Imagine the GIF vs. JIF debate, but 10,000 times worse because it’ll be filled with more hate and it’ll be an issue that actually matters.

I guarantee you there will be a contingent of men comparing male birth control to female circumcision in that it robs both groups of pleasure. The web will be inundated with articles just like this one explaining just how awful male birth control is for men’s sexual health. And maybe we don’t deserve sexual health for all the atrocities we’ve committed against females, but good luck convincing America of that.

Photo via Gnarls Monkey/Flickr (CC BY 2.0)