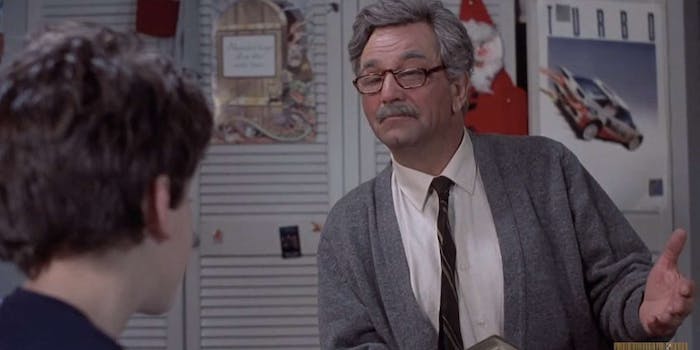 No way, grampa! That's not how the story goes! Get it right!

SPOILER ALERT: If you don’t know what happens at the Red Wedding, don’t watch this video.

Much like the kid in The Princess Bride (played by Fred Savage), Game of Thrones viewers were in shock and denial about what the author of their favorite fantasy story just put them through. That can’t be how it really happened, can it? Say it ain’t so, Grandpa George R.R. Martin!

“Mawwiage. Mawwiage is what bwings us togethew today. Mawwiage, that bwessed awwangement, that dweam within a dweam. And—oh, that was not pwetty.”