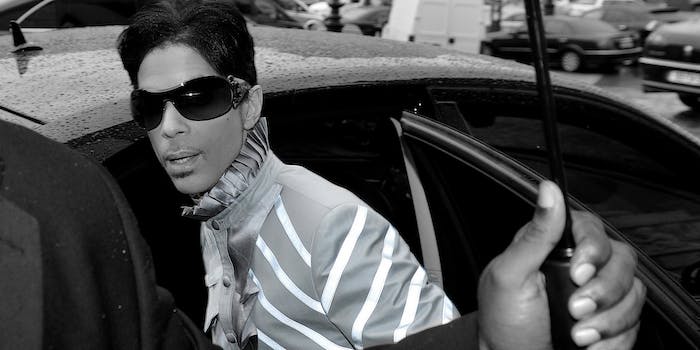 The suit sought $1 million from each fan.

As abruptly as he filed it, Prince has rescinded his lawsuit against 22 fans who made his bootlegs easily available online.

Why? Perhaps he had a sympathetic turn.The suit certainly seemed a bit harsh: $1 million in damages against each defendant for sharing bootlegged concert recordings. The suit didn’t claim the defendants were making money from the files, and not many live Prince shows are available for purchase legally.

What’s more, the conventional legal means of taking down copyrighted content, sending a Digital Millenium Copyright Act (DMCA) notice to the website hosting it, seemed to have already worked. The sites named in Prince’s suit no longer had those files when the Daily Dot tried to access them.

Perhaps it’s a sign of the times. Prince had previously been called out by the Electronic Frontier Foundation for numerous “extraordinary abuses of the takedown process” when it came to seeing his music online.