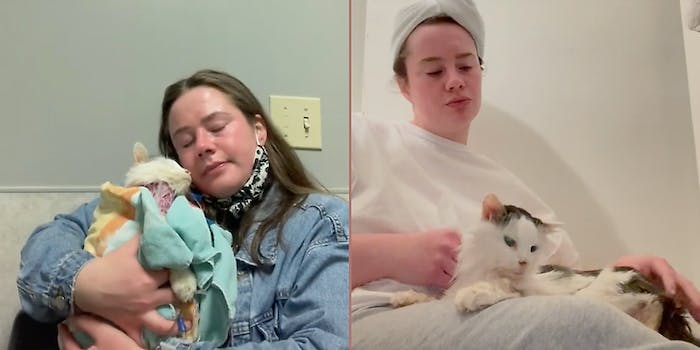 'I could feel that she was done fighting.'

Pot Roast, a fluffy, black-and-white TikTok-famous cat, has passed away.

On Wednesday, Pot Roast’s owner confirmed that she died, after posting an emotional TikTok about Pot Roast being “back in the vet hospital.”

Her owner, who goes by Pot Roast’s mom on TikTok, had been documenting the cat’s declining health after being diagnosed with FIV. But fans were still stunned.

Ironically, Pot Roast became popular on TikTok for her appearance: Many people apparently thought she was dead or taxidermied, which her owner played up.

But her no-fucks attitude is what ultimately gained her a devoted following.

Pot Roast’s owner told the Pitch in 2021 that she adopted her as a kitten in 2014 and knew it was her “soul sister,” though she later found out Pot Roast had a variety of health issues.