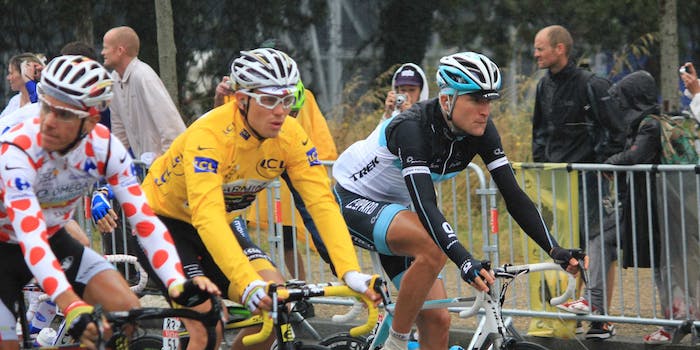 Neither rain nor snow nor gloom of night shall prevent one French postman from doing his job. In fact, even the world’s most famous long-distance bicycle race won’t stop him from delivering the mail.

During the three weeks of the Tour de France, many French roads are disrupted while hundreds of cyclists pedal through town. Most people just have to tolerate the inconvenience, but not this postman.

Despite being a cyclist, he clearly has a big problem with bicycle races getting in the way of everyday life.

Photo via XIIIfromTOKYO/Wikimedia Commons (CC BY 3.0)