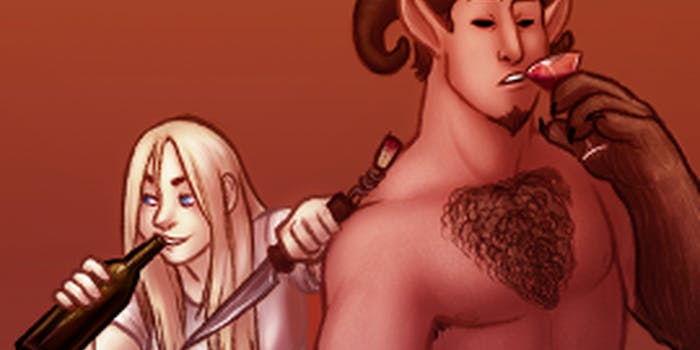 A guide to Portal to Hell, the craziest meta-meme on the Internet

It's a perfect ouroboros of memes, fandom, and the GIF culture that keeps on giving.

One moment you’re taking a flying leap off a swing. The next, you’re landing in the middle of hell, face to face with Satan, and he’s pissed about the leak in his roof.

That’s the premise behind the “Portal to Hell,” a collaborative series of comics that draws upon popular GIFs of people falling into things and continues the story after they land—in hell.

As it winged its way across two major social network platforms, a single funny GIF of a girl falling off a swing evolved from a nifty bit of Reddit Photoshopping to a piece of fanart to a Tumblr meme. It continues to draw on endless funny GIFs to keep itself going. It’s a perfect ouroboros of memes, fandom, and the GIF culture that keeps on giving.

Nearly a year ago, Reddit user oenoneshore unknowingly sowed the seeds for the meme. She posted a GIF her friend made of her hilariously falling off a swing. From there, several Redditors took the challenge to take that image and make it seem as though she had actually fallen into a hellmouth, swallowed whole by an abyss-hiding mud puddle.

The gag could have ended there, but for Tumblr. The GIF was, of course, reblogged on the behemoth network, and as it made the rounds, garnering over 800,000 notes, someone remarked that it looked like a portal to Satan’s lair.

In early November, Tumblr user pumpkinlore commented that the “gateway to Satan’s Lair” comment made her imagine

Satan just sitting on his throne of skulls chilling when suddenly this girl plops in from above and he goes “What the fuck?” while sipping his blood-of-the-innocents martini, or…?

Inevitably someone—in this case the artist hrmphfft—took pumpkinlore’s image and drew a 3-panel comic depicting Satan as described, nonplussed at the new arrival from earth. 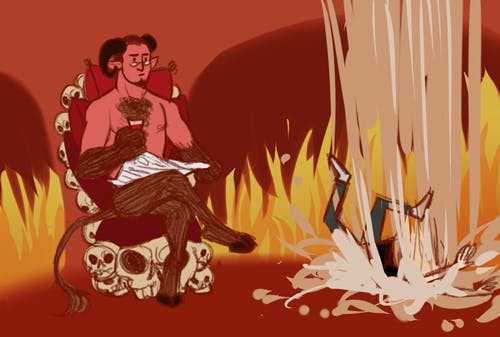 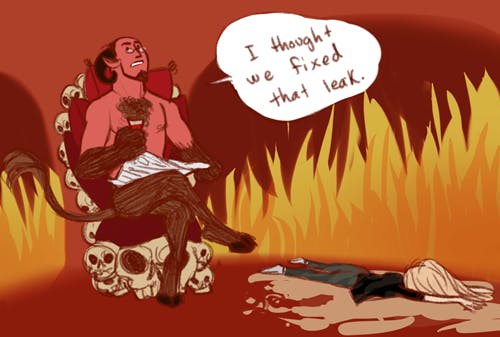 The “leak” iteration of the meme caused the original post to garner hundreds of thousands of Tumblr notes, as users reblogged it to add on variations to it featuring other similar GIFs—and subsequent fanart of Satan getting bombarded by unexpected visitors to hell. 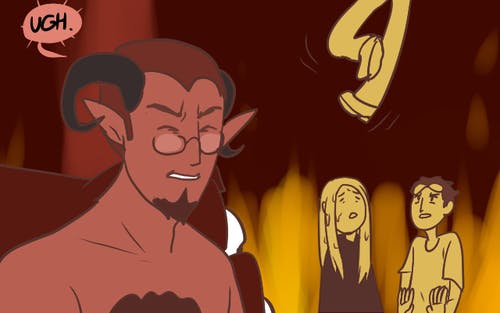 By January, the initial accidental tourists to Satan’s eternal pit had been joined by a horse driving a car, Thor and Hawkeye, a mud creature, and characters from Homestuck. 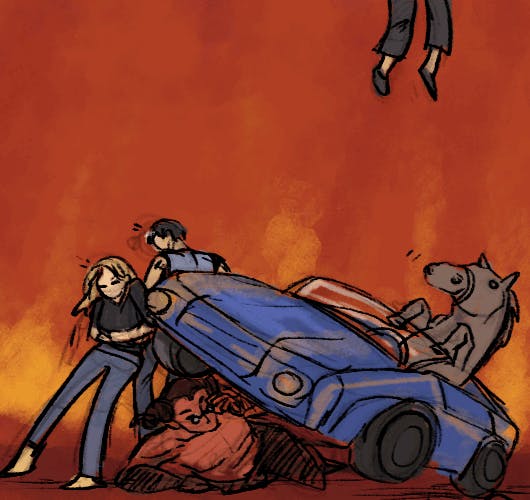 Meanwhile, the meme’s originator, hrmphfft, had dubbed the original girl on the swing “Jenny,” and sent her off on adventures with the king of the damned. 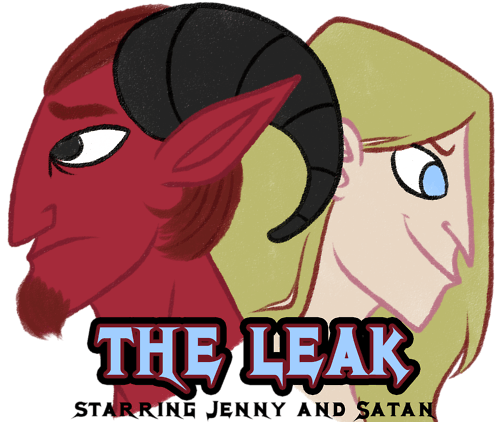 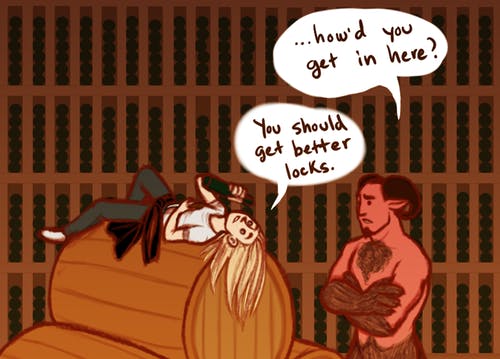 And the visitors keep coming. Most of the new pieces of fanart build onto the fanart that’s already been created, so that hell proceeds to get more and more crowded with each successive iteration of the meme.

As of two weeks ago, artists were still adding onto the master post of the art, which has over 370,000 notes, because apparently people in the real world keep falling through things and then making GIFs out of it. 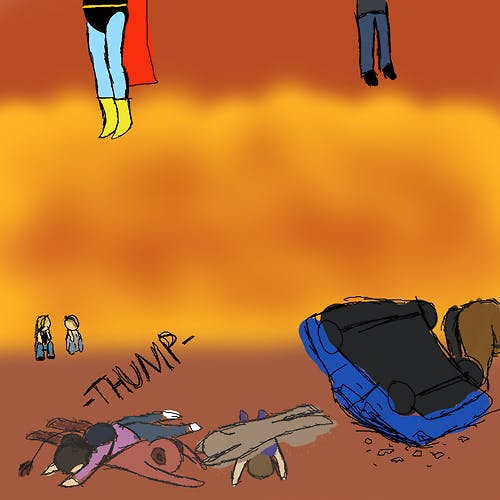 As a meme, Portal to Hell seems to have the power to continue indefinitely, because unlike most other memes it’s not fully self-generated, but rather fueled by the particularly hilarious conflux of events that cause people to be captured on film while falling into things. It’s hard to think of another meme that has collected such an odd assortment of candid camera footage + photoshop magic, much less one that’s done fanart of all of them. The fact that hell seems to be about the size of a large living room, and that Satan is just trying to relax and enjoy his martini without being buried under automobiles and superheroes, is almost a bonus.

But Satan may have gotten fed up with the party. In one of the latest iterations of the meme, Tumblr user peteykins attempted to invert—and end—the joke:

Is this the end of the meme?  The joke is the punchline of a post compiling all of the artwork—at least all the artwork that has caught on and gone around Tumblr.

But if there’s one thing the Internet has taught us, it’s that you can’t keep a good meme down.

Or a good human above ground, apparently.