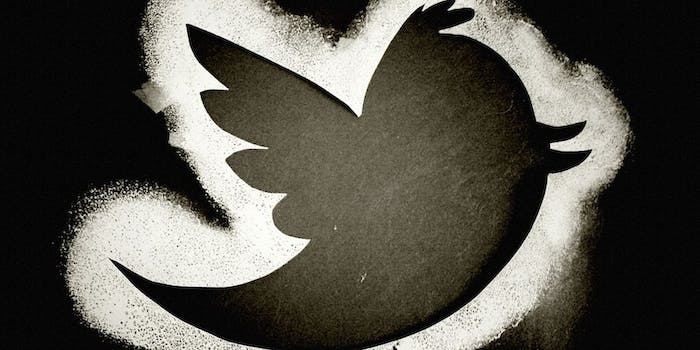 We need to learn to love again after the demise of @Horse_ebooks.

With its bizarrely poetic non-sequitur spam, @Horse_ebooks galloped into the hearts of weird Twitter and never left. But like all great things, it came to an unceremonious end when Twitter’s Wizard of Oz was dispelled last year as nothing but a shill for performance art and some lame alternate reality game.

in the hands sticky, get your #PornhubSwag!

You can do better than sex you guys all said PIZZA, so that’s what I’m having for lunch today.

Food so good that you can’t walk the next day >>>

Having only dispatched its first tweet late Wednesday night, the bot has already produced some gems that could double as candy heart phrases.

Your face makes my day better.

But still reeling from the betrayal of @Horse_ebooks, how can Weird Twitter ever feel vulnerable enough to love a poetic spam bot again? Here at the Daily Dot, we care about keeping your heart safe, so we did some old fashioned journalistic snooping to see who or what was behind this brilliant new bot. The answer? A user who goes by the handle @pliztef who apparently went on a bot making spree on Wednesday. 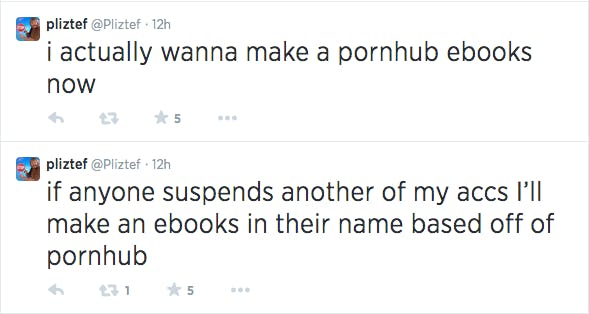 After his recent slew of bots kept being suspended, a threat against flaggers spawned a genius idea. A brief two hours later a bright and shiny new @Pornhub_eBooks was welcomed into the world of Weird Twitter. 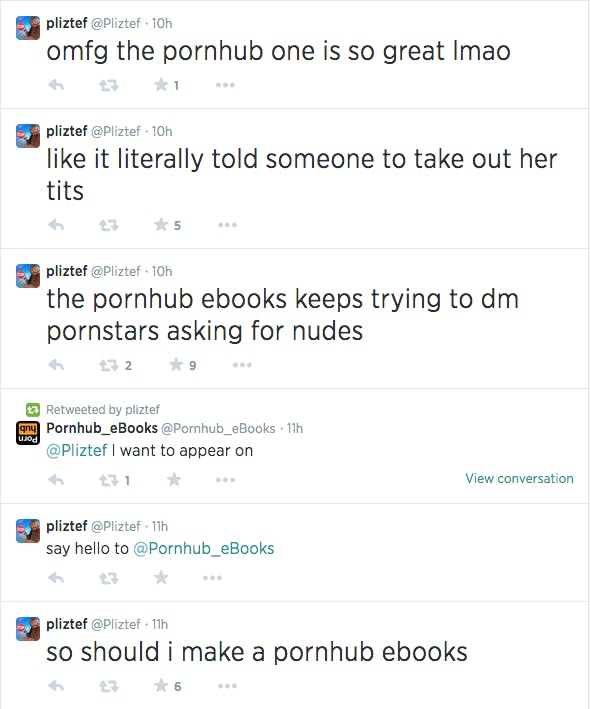 There you have it, folks. Unless @Pliztef is an elaborate troll, it seems that this parody is the real deal, or at least as real as you can get when dealing with a bot. For now, let’s just bask in the simplicity that is @Pornhub_eBooks.

Sperm is good is instantly more attractive lived next door for either sex or murder.