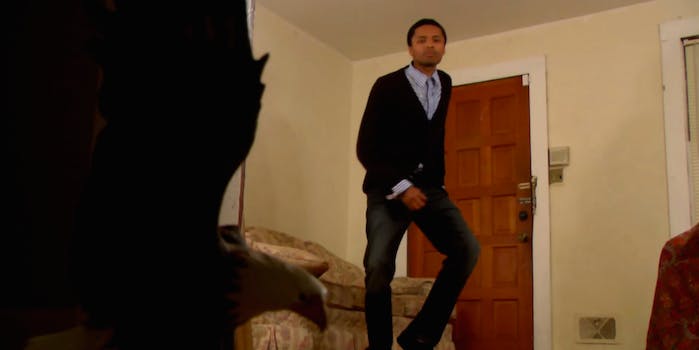 He's sliding his way onto our screens.

YouTuber siraltitude2 filmed himself performing a pop-and-lock dance to “Am I Wrong,” and while his friend claims he’s never taken any dance classes, it’d sure fool us. And he’s certainly not wrong for dancing his way onto our screens or into our hearts.

He made the video for the Harlequin Floors Scholarship Contest, which awards four people with $250 apiece to “put toward their dance dreams” every month in 2014. Having only uploaded his video on Nov. 19, he’s behind some of his competition, but he could possibly slide in past some of his competition before the month ends.