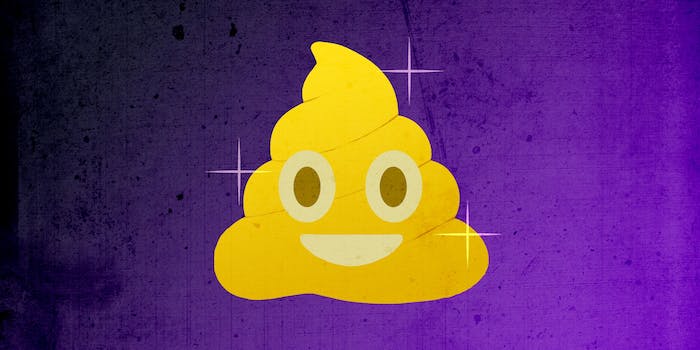 Dude wants $47,000 to turn the poop emoji into bronze sculptures

Shitty idea, or is it the shit?

There’ve been plenty of crappy Kickstarter ideas. This one, however, really embraces the shit.

Artist Matthew LaPenta has launched a campaign asking for $47,000 to bring the poop emoji to life as tiny bronze sculptures. Coming in at 3 inches wide by 2.8 inches tall, and at 3 pounds a dookie, the replicas are also expected to boast unique finishes, including nickel, copper, and brass.

According to the Kickstarter page, LaPenta has been making emoji art since 2013. The pictorial language has seriously impacted the way that people communicate nowadays, and LaPenta wanted to find a physical way to immortalize this shift.

Crowdfunding will help LaPenta afford the bronze and other materials needed to make the metal talismans. He already has the initial casting of the pieces done and will spend August and September bringing the emojis to life. Shipping is projected for October.

In order to get one of the sculptures as part of the Kickstarter’s campaign, you’ll have to donate at least $115. Donating a hefty $4,000 will nab you a 12-inch version of the sculpture.

Asking for $47,000 sure sounds like a lot, and I’m a bit skeptical that people will want to shell out the Franklins for the lil’ guys. Then again, it is a finely crafted piece, and people will spend the wildest amounts on things they consider art. And there was that successful Kickstarter campaign to raise $500,000 for metal balls.

LaPenta’s campaign has a bit over a month left to meet the goal—we’ll see if people end up pledging for the poop.