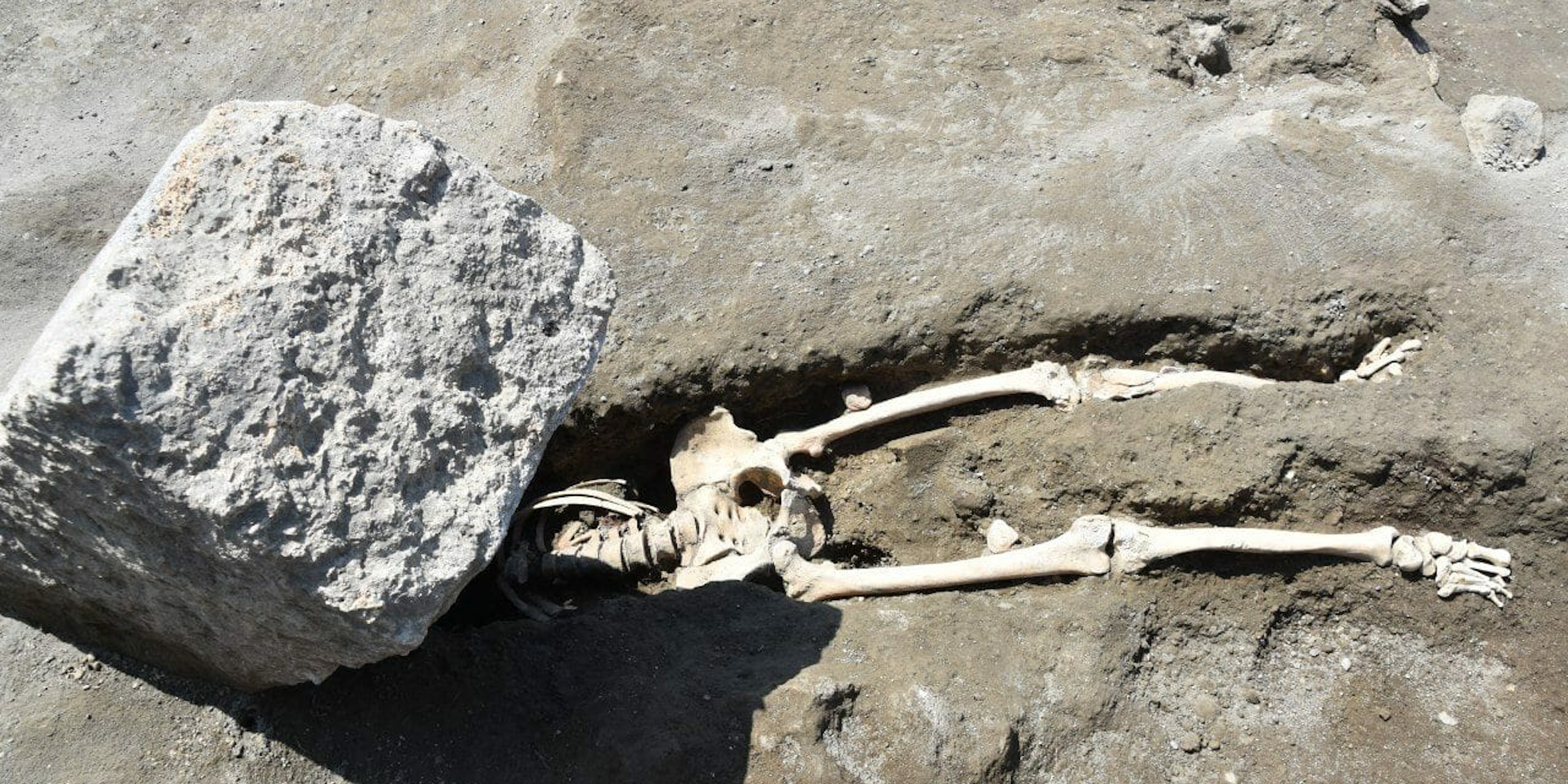 This guy had really bad luck.

A quick history lesson: The residents of the ancient Roman city of Pompeii were buried under layers of ash after the eruption of Mount Vesuvius in 79 A.D. Their deaths were immediate, and many of the victims died “frozen” in action.

But one man who tried to escape didn’t have great luck. He apparently survived the eruption only to be struck by a giant stone. Archeologists in Italy recently found a skeleton of the man, who is believed to be around 30 years old, according to CNN.

One photo shows the skeleton weighed down under the stone, and the visual is striking. Naturally, the internet turned it into a meme. Enough time has passed that we can joke about this man’s cartoon-like death, right?

Jokes about Acme Corporation—the fictional company that always managed to sabotage Wile E. Coyote—were a given:

I assume the other side of the stone says ‘ACME’.https://t.co/lqWNYVrknQ

And the internet thought of plenty other jokes and references to memes:

This is the plot for the next Final Destination movie. https://t.co/fpqFay5Dza

"Thank Mercury for the speed I needed to escape the volc-" https://t.co/xk8WDj0XLa

yeah, that's me. you're probably wondering how i ended up in this situation. https://t.co/l5XNw6G8xz

When the floor is lava but #God rigged the game because he works in mysterious ways.

Archeologists say the slab of stone was perhaps a door jamb that was “violently thrown by the volcanic cloud.” They also haven’t found this man’s head yet. At least he likely died upon impact and didn’t experience much pain.

But imagine thinking you survived a natural disaster… and then a stone slab takes you out. And then the internet makes fun of your death hundreds of years later. It’s a strong visual metaphor for something not working out quite the way you had hoped, and pretty much everyone can relate.