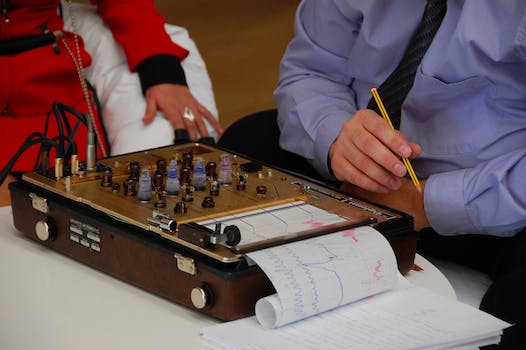 The owner of the now-defunct website Polygraph.com pleaded guilty on Thursday to obstruction of justice and mail fraud for teaching people how to cheat on polygraph tests.

Douglas Williams, 69, admitted to teaching individuals how to beat lie-detector tests administered during the application process for jobs in federal law enforcement, according to the U.S. Department of Justice. In a press release announcing Williams’ plea deal, the FBI said that Williams “admitted to having trained [an] individual posing as an applicant seeking federal employment to lie and conceal crimes in a pre-employment polygraph examination.”

Naturally, Williams also told the people he trained to “deny having received [their] polygraph training.”

Williams served in the Oklahoma City police department before launching polygraph.com. An archived version of the site from September 2012 reads:

Police polygraph expert, Doug Williams will get you properly prepared to pass your polygraph test. In fact, he is the only one who can get you properly prepared because he is the only one with authentic credentials, a technique that is tested and proven to be effective, and the demonstrated ability to teach you how to
ALWAYS PASS YOUR POLYGRAPH TEST – NERVOUS OR NOT – LYING OR NOT – NO MATTER WHAT!

Williams charged $50 for a instruction manual and DVD tutorial, or $35 for the manual and an online version of the tutorial.

“Lying, deception, and fraud cannot be allowed to influence the hiring of national security and law enforcement officials, particularly when it might affect the security of our borders,” Assistant Attorney General Leslie Caldwell said in a statement.