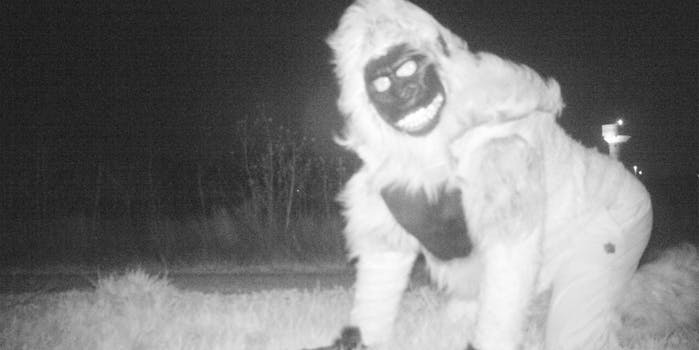 This is not what the police were looking for.

The Gardner Police Department in Kansas set up security cameras recently to see if a mountain lion was prowling a local park. They discovered something far more surprising instead.

A pair of pranksters discovered the cops’ motion-activated wildlife camera traps and decided to have some fun with them. Over the course of three consecutive days, the couple returned to the scene in a variety of costumes to troll the officers. 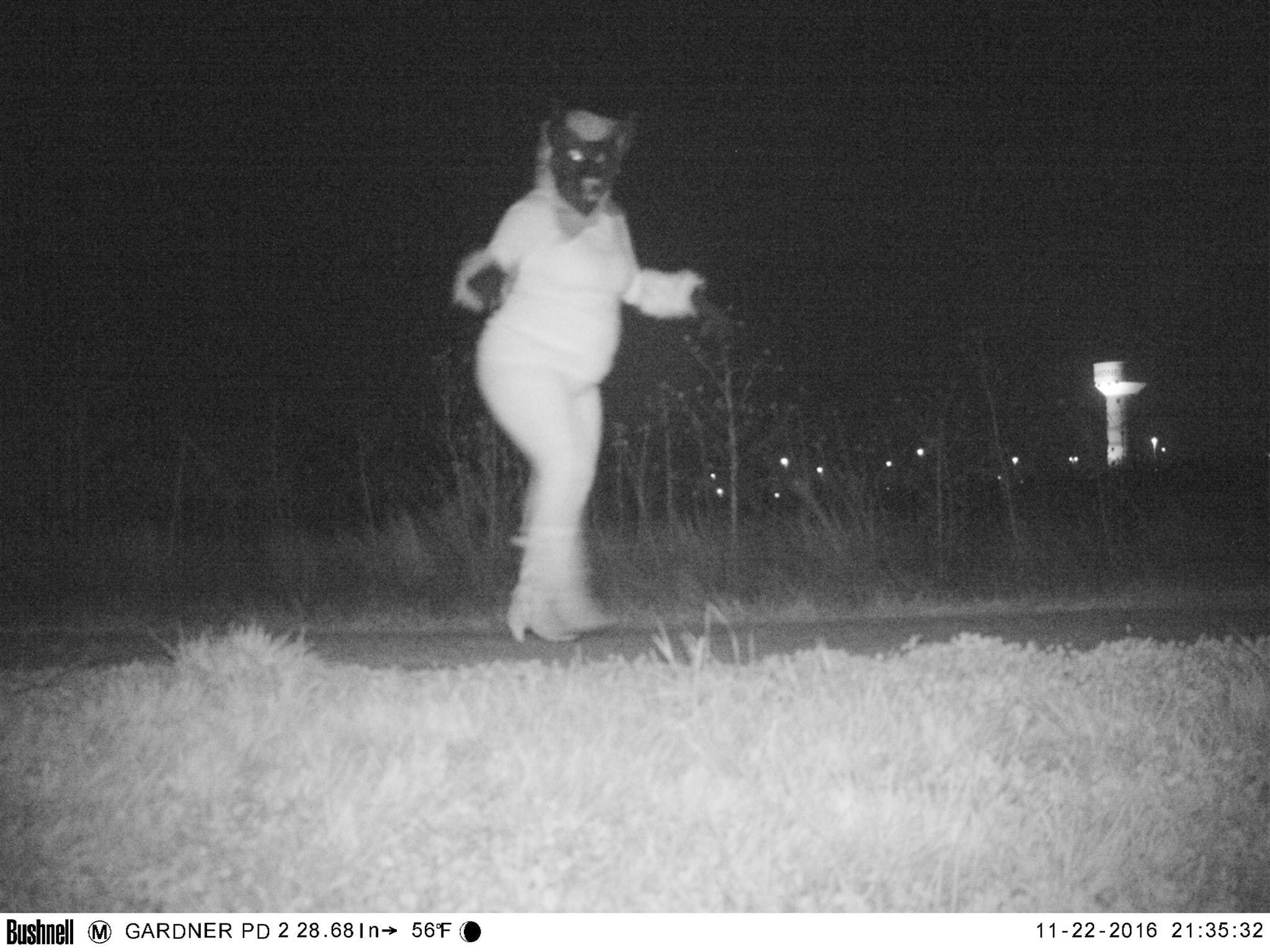 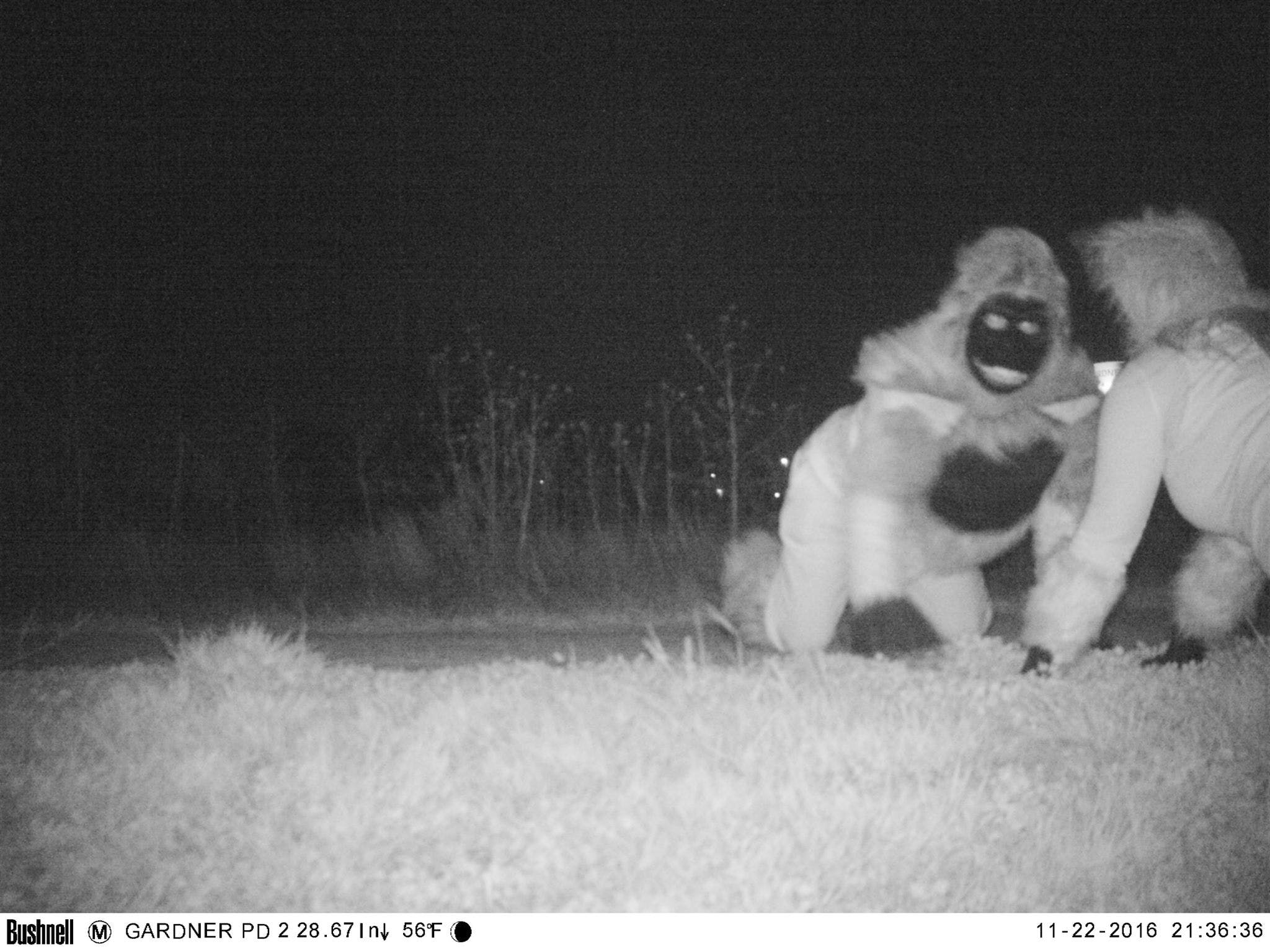 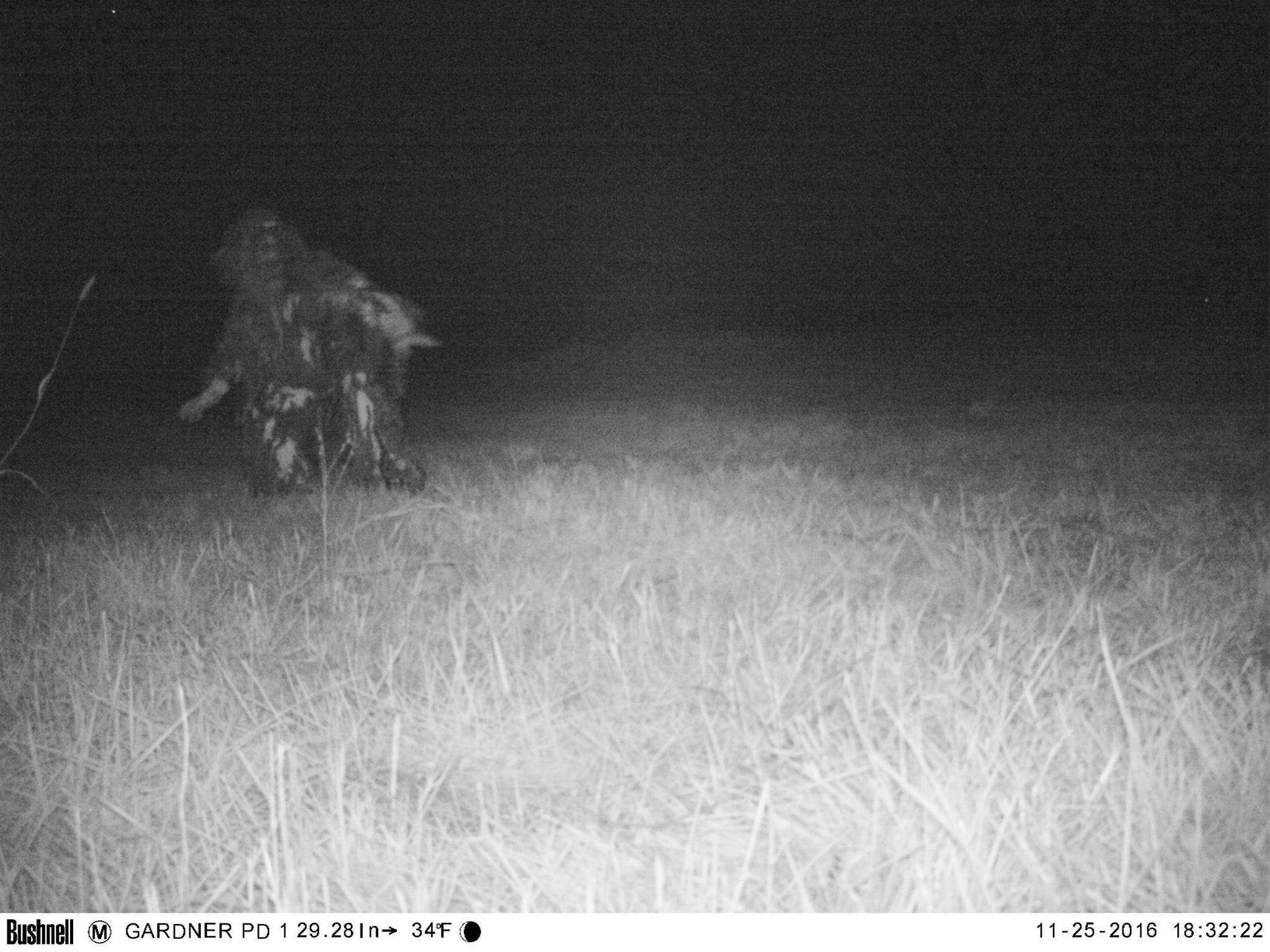 “We now have another different concern,” the department wrote on Facebook. “We are attempting to identify some of the wildlife and activity in these images.” 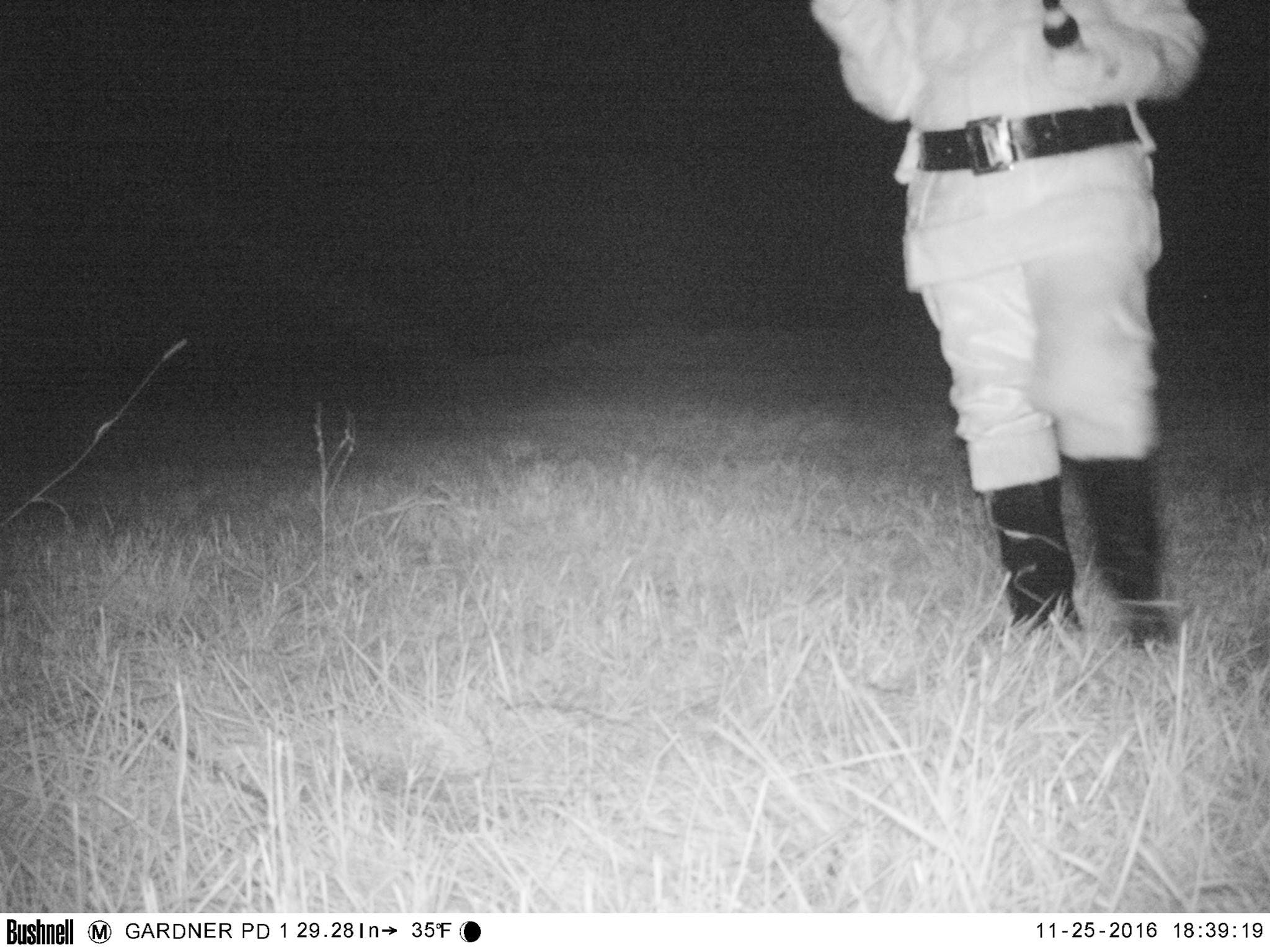 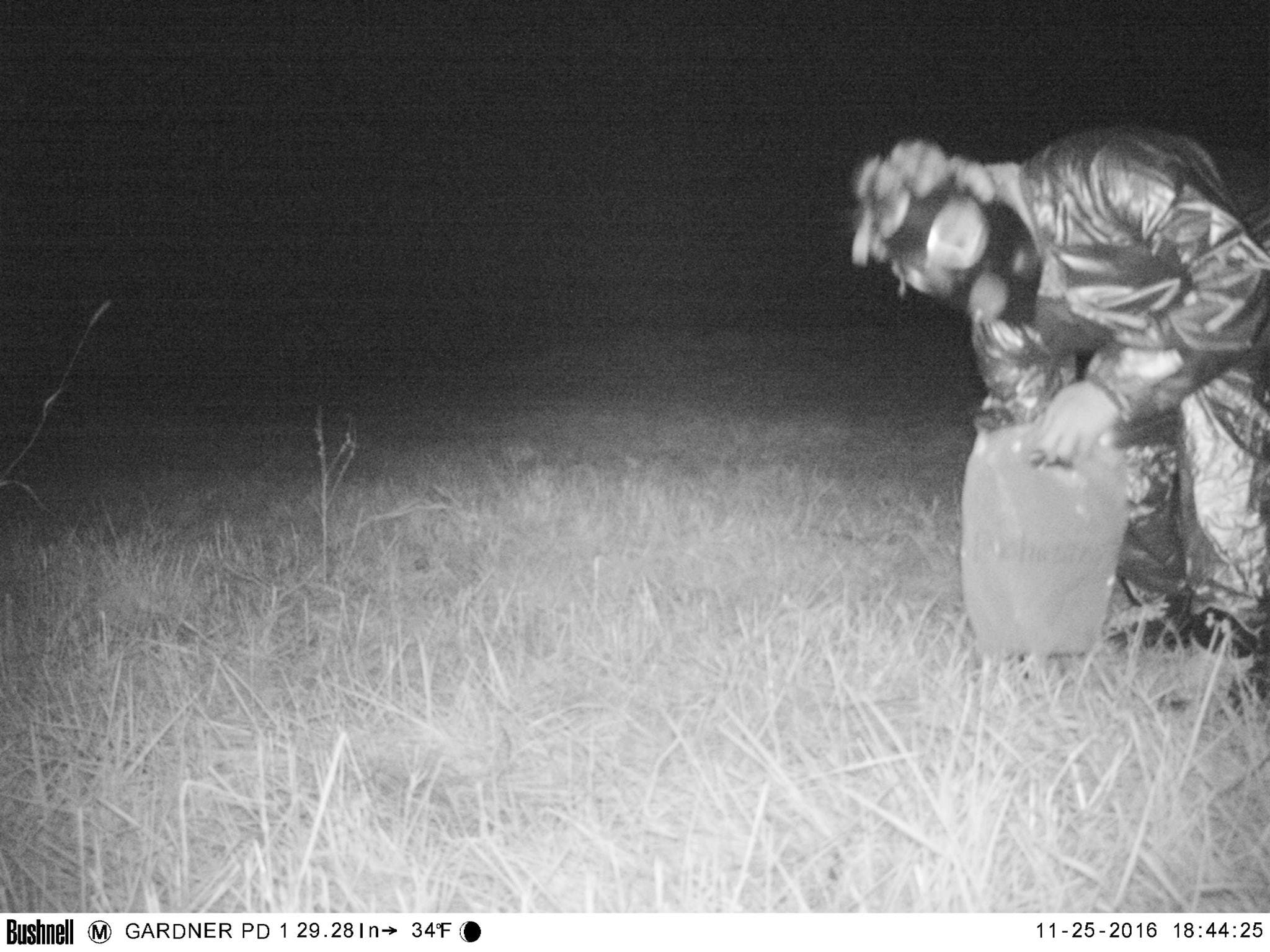 We would like to sincerely thank the persons responsible as it made our day when we pulled up what we expected to be hundreds of pictures of coyotes, foxes and raccoons. Thank you to the citizens who noticed the cameras. Your effort and sense of humor are greatly appreciated.

For what it’s worth, the police did not find any evidence of a mountain lion in the area, though they did see a skunk, a raccoon, and a coyote. And whatever the hell this is: 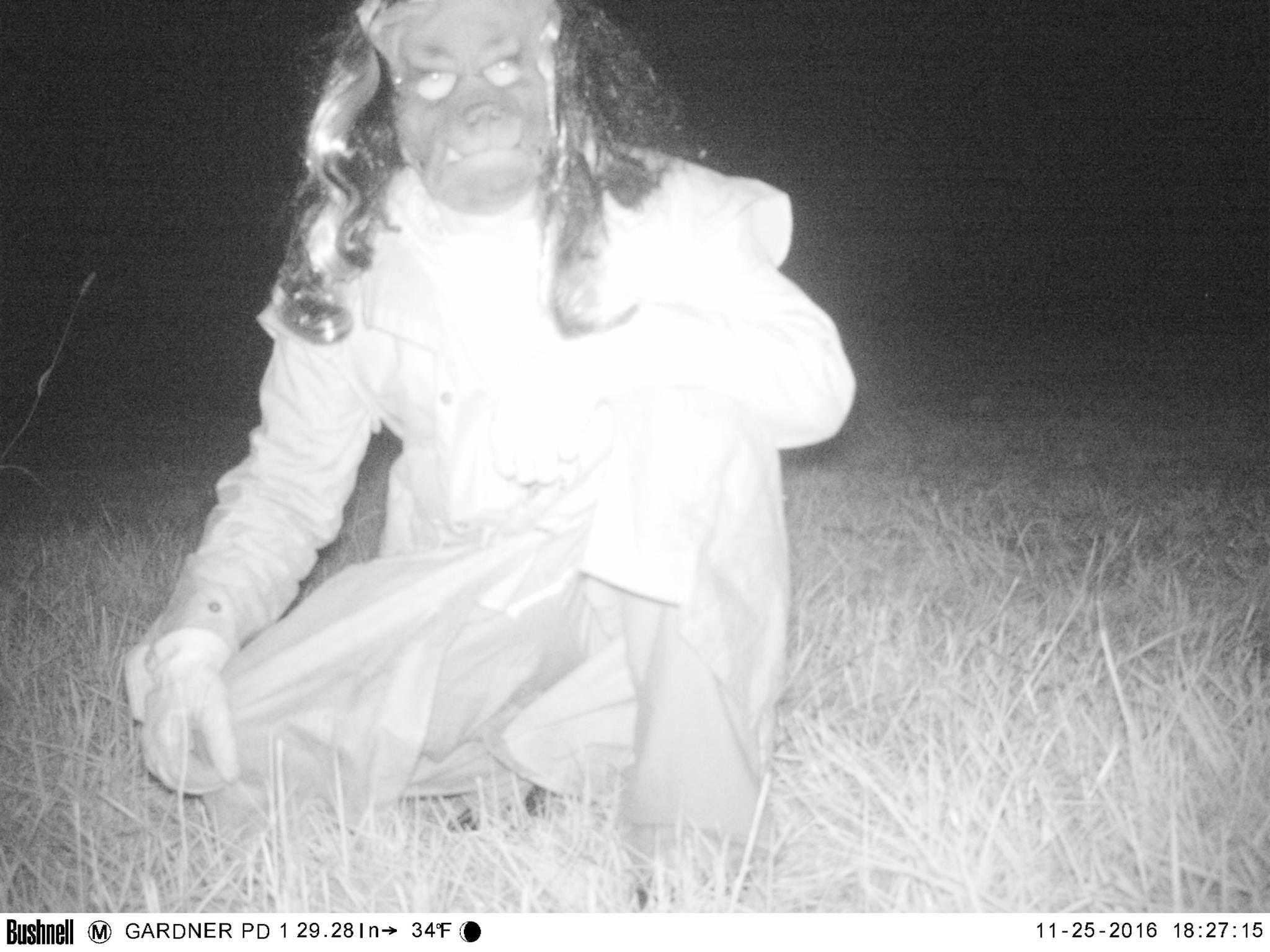