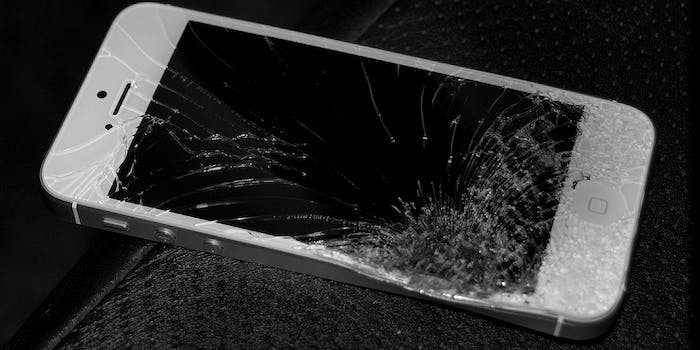 A 17-year-old from Virginia may be forced to get an erection so police can take pictures of his penis.

Trey Simms faces felony charges of manufacturing and distributing child pornography in January for “sexting” his then-girlfriend, who was also a minor. The charges could land him in jail for several years and force him to register as a sex offender.

Both NBC News and the Washington Post have reported a bizarre new detail from the case: Last week, a local judge signed a search warrant that compels Simms to let Manassas City police photograph his erect penis.

Apparently, the police want to compare the photographs to the evidence they’re reviewing in his case. If police carry out the warrant, Simms could be taken to a hospital and given an injection to facilitate the process.

Simms’ lawyer, Jessica Harbeson Foster, said this whole case started with Simms’ 15-year-old girlfriend sending photos of herself, the Washington Post reports. After Simms replied with a video of himself, the girl’s mother found out about it and filed a complaint.

Stacy Bigley, Simms’ aunt, said the police have already photographed her nephew’s genitals once. As Simms described it to her, after being arrested and taken to jail, Simms was forced to let police photograph his penis.

“They told him if he did not they would do it by force,” Bigley said.

The NBC News report below has more on this story, including interviews with Simms’ aunt and legal representatives.