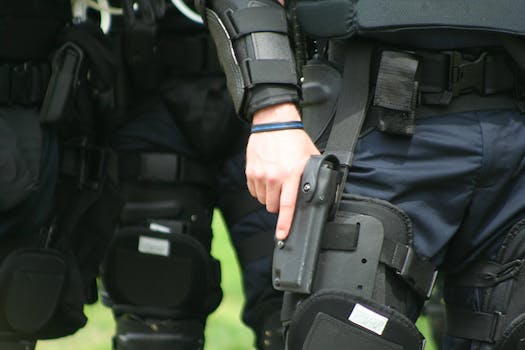 They were keeping an eye on the latest Ferguson protest.

Two police officers are listed in “serious” condition after they were shot early Thursday morning during a civil demonstration in Ferguson, Mo., according to the St. Louis County Police Department.

Tensions rose between protesters and police Wednesday night following the resignation of Ferguson Police Chief Thomas Jackson, who is now the sixth person to have resigned or been fired as a result of the damning Department of Justice report on the Ferguson justice system and its culture of racism.

Shots were fired from somewhere north or northwest of the Ferguson Police Department building shortly after 12am CT, where some protesters and police officers still stood. Before then, the protests, which had been taking place since around 8pm CT, had been peaceful.

“We have seen in law enforcement,” he continued, “that this is a very, very, very dangerous environment for the officers to work, in regarding the amount of gunfire that we have experienced up there.”