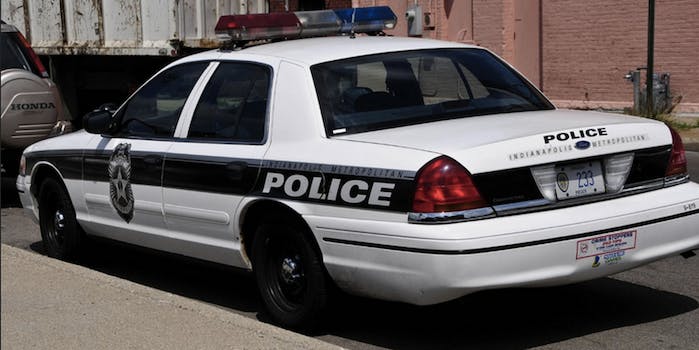 Get him to the burn unit.

You know what’s cool? Gang signs. Even cooler? Timidly throwing gang signs in front of a police car while the cops are in 7-Eleven. Coolest of all? Doing that and slapping the photographic evidence on Facebook.

Unless, of course, you and the friend who took that photo are arrested shortly afterward and get roasted alive by the “marranos” you were dissing. The cops even threw a “Damn, Daniel” reference in there? That’s lit.

What are this marranos doing in my hood?

Tough break. Just be glad you don’t have big ears.