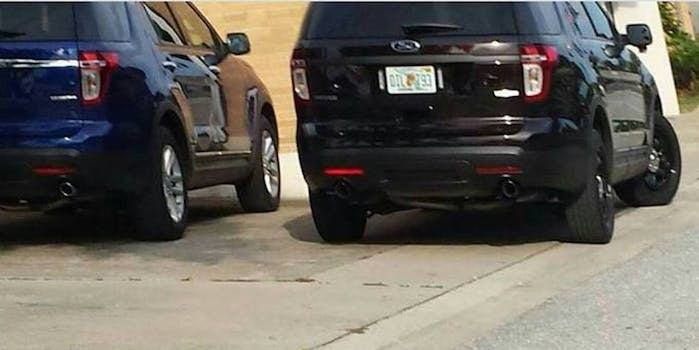 A Florida police chief was forced to issue himself a parking ticket thanks to a Facebook post that showed his truck blocking a sidewalk. Concerned citizen David Bires took the photos and called the police out for hypocrisy, asking friends to share his outrage.

Not one to admit that he’s above the law, Groveland Police Chief Melvin Tennyson decided to eat the $45 fine for his shitty parking. Although there wasn’t exactly an apology, the police department did issue a statement on Facebook, noting that Tennyson pays his fines like everybody else.

“I cannot… hold anyone accountable until I hold myself accountable,” Tennyson wrote in a letter to the city manager and city council, “and as I have always said it starts at the top.”

It must be such a comfort to the chief to know the Groveland Police can count on local Facebook users to help them identify parking violators.