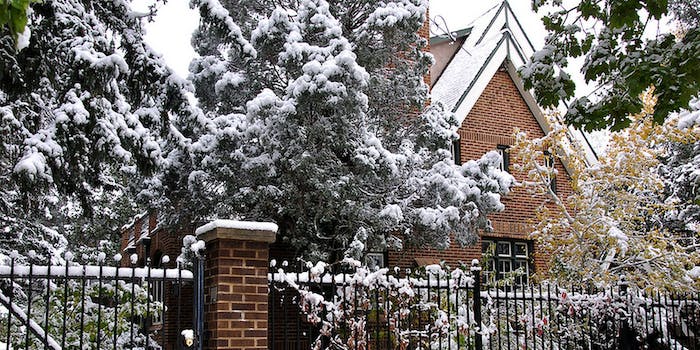 Mark Beckner thought the AMA he did on Reddit was private.

Mark Beckner, former police chief of Boulder, Colo., is somewhat rusty when it comes to detective work. Recently, he took to Reddit’s r/UnresolvedMysteries for a Q&A about the 1996 murder of 6-year-old JonBenét Ramsey.

Beckner led the investigation of the as yet unsolved Ramsey case. But when he agreed to do the AMA, he failed to realize that his candid comments about the flawed investigation could be read by anyone with Internet access.

In an answer he’s since deleted, Beckner discussed the initial mishandling of the crime scene by responding officers:

I think the primary reason was a perfect storm type scenario. It was the Christmas holiday and we were short staffed, we faced a situation as I said earlier that no one in the country had ever seen before or since, and there was confusion at the scene as people were arriving before we had enough personnel on the scene.

He also said “police should have separated JonBenet’s parents and gotten full statements from Patsy and John Ramsey that day,” according to the Associated Press.

Beckner also addressed the arrest and release of schoolteacher John Mark Karr, who made headlines in 2006 when he confessed to the Ramsey murder. Although the confession turned out to be false, Karr was initially pegged for prosecution by then-District Attorney Mary Lacy:

My gut reaction was that Mary Lacy did not know the facts of the case and was making a big mistake. [Karr’s] confession, once they shared it with us, did not match the evidence at the scene. After [Lacy] asked for our help in proving he did it, we knew in about 18 hours he was not the guy. We were able to confirm he was not even in Colorado at the time by just doing some routine checking and then obtained photos of him in Georgia at the time. The DNA test, which she thought would prove he did it, proved her wrong.

After learning that these and other statements in the thread were effectively public, Beckner purged them all and left an explanatory note:

This will be my last post, but after reading some of the follow-up posts, I believe there may have been some misinterpretation of some of my comments or “reading between the lines.” I want to emphasize that I do not fully know what happened that night or who killed JonBenet, as some have surmised. If anyone did, this would not be a mystery. This is why I do not speculate. I simply answered questions as truthfully as possible and only on things that have already been reported. Dismissing the intruder evidence is a mistake and as I emphasized in an earlier post, the location of the foreign DNA is significant. This could very likely be the person who killed JonBenet. However, we will not be sure until and if they find out who it belongs to. And, just because we can not prove a point of entry, doesn’t mean someone didn’t find a way to get in. Just as I believe we can not exonerate on one piece of evidence, neither can we ignore evidence. Finally, everyone is presumed innocent until proven otherwise. Thanks again.

In an interview with the Daily Camera, Beckner described his confusion over r/UnresolvedMysteries and the “Ask Me Anything” format:

I talked to the organizer and my impression was that this was a members-only type group that talked about unsolved mysteries all around the world. In fact, they had to give me a password to get in. I didn’t know it was an open-architecture type thing, or I wouldn’t have done it. It was a misunderstanding and naivete on my part. I’ve tried to put the media attention behind me.

Spoken like a man caught testing the waters before pitching his blockbuster memoir.