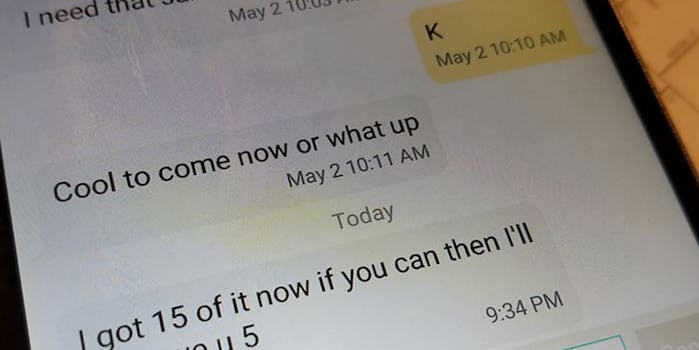 In fairness, they're probably holding.

The thing about doing drugs is you very quickly get addicted. Next thing you know, you’re calling or texting your dealer at some ungodly hour, hoping and praying that he’ll take pity on you and spare a dime bag.

After arresting Notman and going through his phone, local police have received so many calls that they’re begging meth heads to stop. Not only is the owner unavailable, they wrote in a Facebook post, but his ringtone is profoundly annoying.

If Notman wants to be as popular a dealer in prison as he was on the outside, he’d better start figuring out Morse code now.