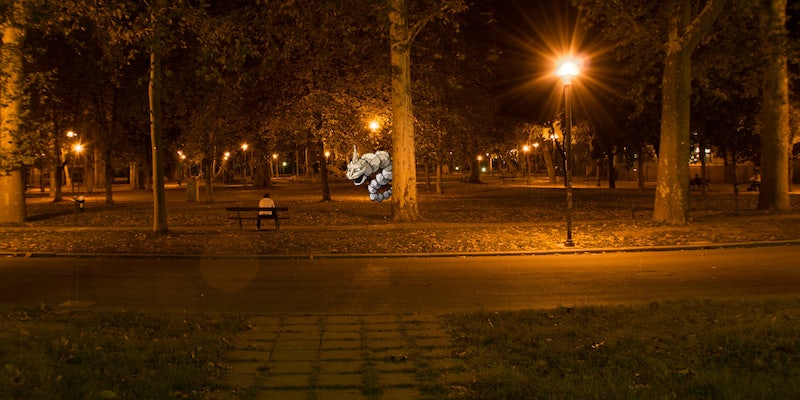 Turns out they were talking Onyx.

A late night-search for some Pokémon turned into a sticky situation with local law enforcement.

Redditor SlothOfDoom couldn’t fall asleep no matter how many Mareeps he counted, so he decided to open up Pokémon Go and take a late-night stroll to a park to visit some Pokéstops in a nearby park.

He ended up running into two dudes he deemed “sketchy” at first, but they turned out to be fellow Pokémon trainers who tipped him off about where to find an Onyx. The new friends convinced SlothOfDoom to join the red team so that they could take hold of the neighborhood.

But apparently the sight of all this going down seemed a bit shifty, and a cop showed up. The redditor explained what went down.

Looks like Pokémon Go and crime go hand in hand. There’ve been several cases of robberies connected to the game.